I believe we have a strong foundation to face the future, maybe even for the next 65 years, we shall have to see! In the meantime, we are continuing to invest in the practical skills of our workforce and bring through the next generation of construction leaders.
Edward Chambers | Managing Director
Lindum Group

Lindum Group will celebrate its 65th birthday later this week.

The business, which was set up using a £100 loan and a second hand Post Office van, will mark its Blue Sapphire anniversary on Thursday, 23rd September.

Today, Lindum employs 600 people across 12 divisions, has a turnover of £150m and is based at the Lindum Business Park in North Hykeham.

But it was started by John F Chambers, father of current chairman David, after he left  his job as a civil engineer for Lincoln City Council.

‘JFC’  borrowed £100 from his father-in-law, Edward Curtis, to start the business with a former colleague called Tony Nearey.

Together they set up Lindum Construction as a Civil Engineering company Contractor on 23rd September, 1956. They employed a lady called Pauline Brown as secretary and admin (who would later go on to chair the company) and purchased an old Post Office van at auction for £20.s 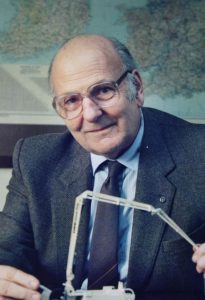 Today, the company has a turnover of £150 million and operates across Lincolnshire, Cambridgeshire and Yorkshire. These days, it has a fleet of 273 vehicles, but has kept the Post Office’s red and yellow livery!

To celebrate the anniversary and to thank staff for their loyalty and hard work, Lindum held a Family Fun Day for all its employees and shareholders. The event took place at the Hazelwood Water Ski Resort in Lincoln and included fairground rides, a BBQ lunch, afternoon tea and a chance for the families to try out water skiing and an inflatable aqua park.

Current chairman, and John’s youngest son, David Chambers, said it had been great to mark the occasion after such an extraordinary couple of years.

“Sixty five years of business is quite an achievement in any business and especially in construction. We have kept to good ethics, practicality and a common sense with our own tradespeople, engineers and managers, which means that we try to deliver well and fix things when, as they often do, bits and pieces need fixing” he said.

“The Fun Day was a chance to say thank you to our employees and their families for looking after our clients and keeping Lindum going in the both the good and less good times.” 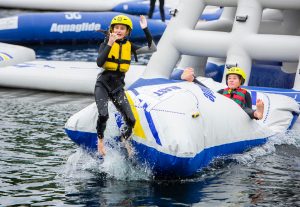 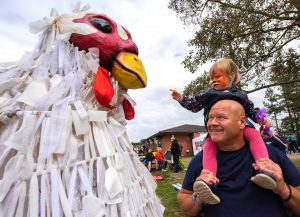 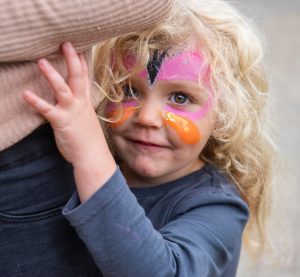 The anniversary also marks another milestone in the company’s history as John Chambers’ grandsons Freddie and Edward step up to be joint Managing Directors of Lindum Group.

While David will remain as company chair, the brothers will work alongside the rest of the Exec Board to oversee the day to day running of business.

The move cements the third generation of Chambers leadership at Lindum.

“My dad and Mr Nearey parted ways in 1963 and JFC, as he was known, ran the company with Mrs Brown until he retired in 1988,” added David.

“Mrs Brown then became chair and I joined Lindum on September 4th 1988 in a business development role. In 1991 Mrs Brown died and I became chairman.

““I hope to remain Chair for a while longer and keep in close touch with helping the business and the teams taking over. We have a team of robust executive board members, managers with common sense and hard-working, practical and technical employees and skilled trades men and women. In addition, Herman Kok and Simon Gregory are continuing to help the business as needed for the years ahead.

Lindum is a family business but since it became employee-owned in 1995, it has embraced the term in a wider sense. 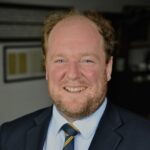 Freddie Chambers, who has worked at Lindum since 2012, said: “We are an employee-owned company, which means all staff are invited to buy shares in the business and many do.

“When we talk about the ‘Lindum family’ we are referring to the family of shareholders, of which there are currently around 400. All of us have a stake in our business and, in addition, we have a profit-related pay which means we all share the company’s financial success. We do also have dozens of biological family ties through the business. We have mums working alongside daughters, fathers managing sons, wives monitoring the work of their husbands and siblings working side by side – and many, many more. These ties cross divisions and geographical locations and really keeps our working principles intact.” 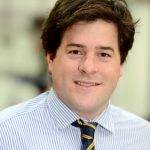 Edward Chambers, who has worked for Lindum since 2013 said “Looking ahead, I believe we have a strong foundation to face the future, maybe even for the next 65 years, we shall have to see! In the meantime, we are continuing to invest in the practical skills of our workforce and bring through the next generation of construction leaders.

“Despite our growth over the years, we value our roots as a local business and will continue to contribute to the communities in which we work.

“We are fortunate in continuing not to have debt, and, when we do make a profit, we try to share the success with our teams and then keep any surplus in the company so that we are strong enough to help customers and price and carry out jobs realistically.”

A potted history of Lindum….

John F Chambers was originally from Swaffham, Norfolk, the eldest of two boys and during the Second World War, he was stationed at Stirling in Scotland, where he worked as a trainee mechanical engineer. While there, he met a young lady called Barbara Curtis who was training to be a radar teacher.

Once the war was over, John and Barbara married and moved to the East Midlands, where John studied civil engineering at University of Nottingham. After graduation, the pair settled in Barbara’s home city of Lincoln and John began work for Lincoln City Council as an engineer.

After three children (and while the young Mrs Chambers was expecting with number four, David) John decided to leave the council and set up a new business in partnership with a colleague called Mr Nearey.

They borrowed £100 from Barbara’s father Edward Curtis (a local grain merchant) in Heighington and set up Lindum Construction, as a Civil Engineering Contractor on 23rd September, 1956. Their first employee was Pauline Brown, who would later go on to be chair of the company when John retired in 1988.

John purchased his first works van at auction for £20. The vehicle was an ex Post Office delivery van and was adorned with PO’s red and yellow branding. These days Lindum has a fleet of 273 vehicles and 19 commercial vehicles. While the technology might have evolved, the colour scheme has endured!

In the early days, Lindum focussed on working with water authorities and councils around Lincolnshire. By the mid 60s, the company had built half of the sewage works around the county – constructing both underground and over-ground systems, including most of the Canwick works in Lincoln.

By the 70s, local architects had become a good source of work and Lindum’s first major design and build contact was carried out on Doddington Road for Sunstrand [UK] in 1974, through Ron Oldham at John Roberts Architects in Lincoln.. It was worth £356 000 (around £3.5 million in today’s money).

The 80s and 90s saw Lindum begin to build relationships which still serve the company well many years later. It completed its first project in 1979 for Geest (a company that’s now owned by Bakkavor and remains a client today.)

Other new customers then included Magnet, Lincolnshire Co-op and Rustons (which is now Siemens).

In 1991 Mrs Brown sadly died, after 35 years’ service and JFC’s youngest son David became chair of Lindum Group. This marked the start of the second generation of Chambers leadership.

David remains chair today although the day to day businesses is now managed by Freddie and Edward Chambers, along with the board of executive directors and management teams in the company’s 12 divisions.