An old Georgian building, which was once the home of a weekly newspaper, is being returned to its former glory by Lindum as part of work to regenerate a Lincolnshire town.

The building, which sits at 5 to 7 Market Place in Gainsborough, is being turned into three new flats with commercial space on the ground floor.

And as part of the scheme, a new shop front will be constructed to replicate the Grade II listed property’s original Georgian and Victorian façade.

The building has been part of Gainsborough’s Market Place since the early-18th Century and was once occupied by the Gainsborough Standard newspaper. West Lindsey District Council bought it in 2016 and has appointed Lindum Group to carry out the building work.

Lindum’s construction team is renovating the building and converting the upstairs space. Meanwhile its joinery experts have been commissioned to create the new shop front.

WLDC wants the vacant building to be brought back to full use as part of a wider programme of town centre renewal, which is being part funded by the National Lottery Heritage Fund, the Levelling Up Fund and West Lindsey District Council. 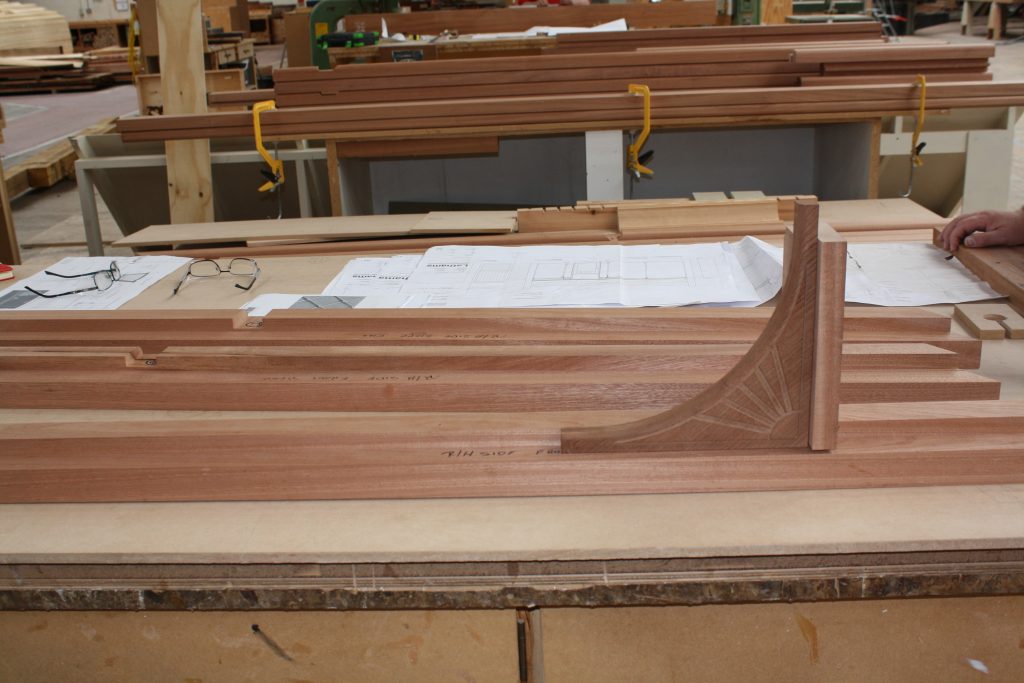 Jonathan Lee, Townscape Heritage Officer at West Lindsey District Council said: “It is wonderful that such a prominent listed building, standing empty and in a poor condition for so long, is benefitting from a major restoration funded by the National Lottery Heritage Fund, Levelling Up Fund and the Council.

“Lindum Joinery has undertaken the restoration of traditional timber work in historic windows, shutters and internal fittings, as well as the recreation of the traditional design of the timber shopfront, with real skill and attention to detail.”

Retaining the building’s heritage significance was a priority for the council so Lindum will be keeping the original shutters and cupboards, while refurbishing the sash windows.

The new shop front is being constructed at Lindum Joinery’s workshop in Lincoln. It will be made from traditional materials and will follow a design by Latham Architects, which matches original designs researched from old photographs and pictures, including by Gainsborough Artist Karl Wood. 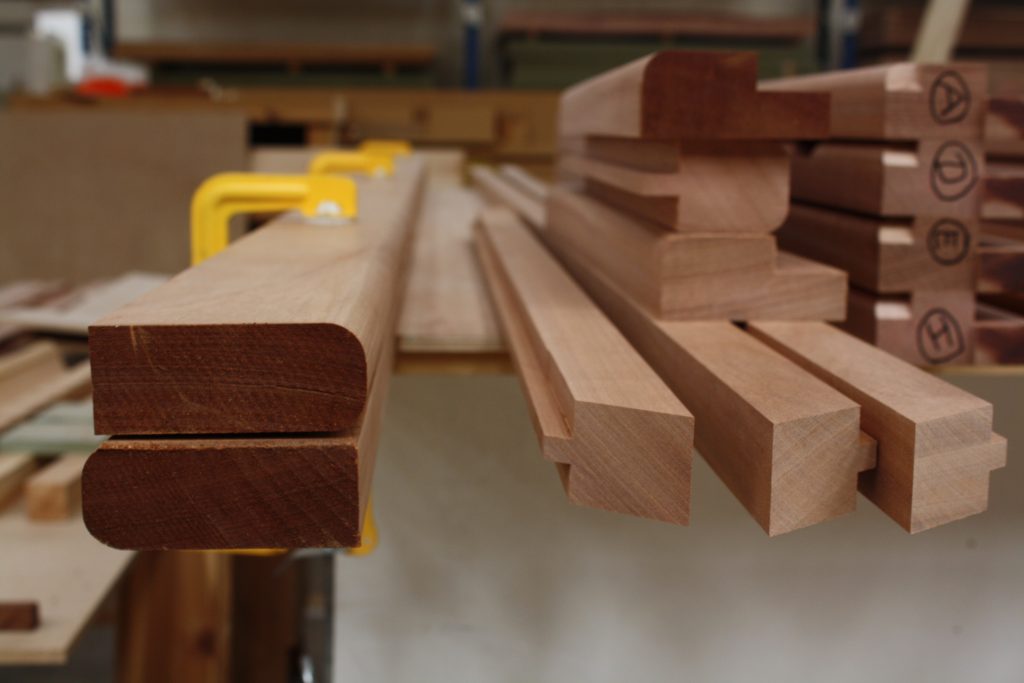 Robert Lomax is the Lindum joiner working on the creation of the shop fronts, having previously worked on the new shop fronts on Sincil Street.

He said: “I started by going over the drawings sent by Lathams and looking at all the measurements. Then I went over to the site to make sure everything was coming up right and the measurements were accurate, as its always better to get a look in person, rather than just go off drawings.

“I thought I’d start with the windows as everything wraps around them, so you’ve got a good starting point. It also gives you a good idea of the sizes, and if anything is off then you can work around it much easier.”

The mouldings are all handmade, with some that cannot be machined at all, due to the type of moulding chosen by the client. This means they can take anywhere between 15 minutes to two and a half hours per moulding.

Alongside the new shop front, the joinery team are also creating new skirting boards to replicate the originals.

Lindum started on site in March and so far, the team has stripped the inside of the building of inappropriate and damaged additions to the original historic fabric and stabilised the building.

Plasterboarding has begun on the ground floor, and panelled radiators are being installed, which will heat the flats, while reducing the amount of water in the building.

Once the scaffolding was up, closer inspection of the brick and stonework revealed that it was in a poor state, so the failing stone string courses and sills are being replaced and the damaging cement pointing of the façade is being repointed in non-damaging lime mortar.

The original staircase and doors will remain, while rotten roof timbers will be replaced, and the leaking tiled roof will be overhauled. Work is planned to finish around November.