HomeNewsLindum apprentices are ‘learning from experience’

Lindum Apprentices Are 'learning From Experience' 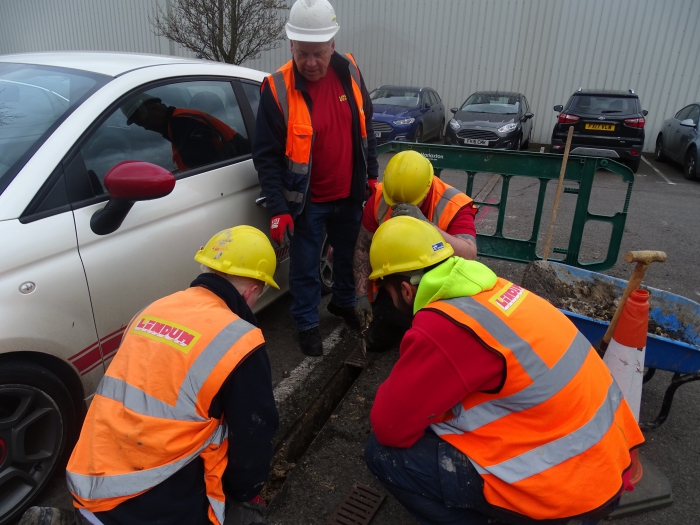 The skills and experience of retiring construction workers is being harnessed through a new mentoring scheme set up by Lindum.

Former tradesmen who have reached retirement age are being offered new roles within the company’s training department.

The work sees them provide practical guidance and support to Lindum Group’s 20 apprentices, which complements their on-site training and college study.

Group Training manager Sara Hobson said the scheme was set up to fill the gap between what academic studies teach and what practical site work requires.

“The mentors have proved invaluable in the development of our apprentices. They have years of practical knowledge and unrivalled experience of how sites work, so they are able to see how to plug the gaps in the skills of our trainees,” she said.

“They monitor construction projects across the group and assist in placing apprentices on the most appropriate sites. They also gain instant respect from the trainees as they have done the job for many years.

“What started off as practical support has actually evolved into pastoral care too, with the mentors offering support with some of the softer skills they younger ones need – such as time keeping, appropriate site behaviour and the importance of working in teams.”

So far, former site workers Jim West and Sean Kelly have taken on the roles, which were created for them when they reached 65.

Jim, who has been a joiner for 50 years, previously worked as a site manager in Lindum BMS division. He decided he didn’t want to work full time once he hit 65 in 2016 and presumed he would have to take retirement.

“Although I wasn’t convinced that I wanted to take full on retirement, I knew I didn’t want to continue running sites full time,” he said. “I had accepted I would have to leave – and even announced my retirement to my colleagues – when the company came to me with a proposal I liked.

“I was asked if I would consider staying on in a part-time role to work with the training manager and the Lindum apprentices. It was felt they would benefit from additional input from someone who had worked in the trade and had lots of practical experience.

“As soon as it was suggested to me, I knew I wanted to give it a go. It did take time to adjust from being site-based to office-based, but now I honestly believe I’m in the best job I’ve ever had.”

Sean Kelly previously worked as a ground worker in Lindum Construction. He approached his boss about the possibility of staying on in a different role as his 65th birthday approached.

“I just didn’t feel ready to retire. I enjoy my job and I didn’t want to give up working,” he said. “A few weeks after that conversation, I was approached by Jim who asked me if I would consider taking a new role similar to his and become a mentor to the groundwork apprentices.

“The idea really appealed to me. I’d worked with younger lads in the past but it wasn’t always easy to find enough time to teach them everything they needed to know. This set up gave me plenty of opportunity to pass on what I know and to help them with their training.”

The mentoring scheme is being highlighted as part of this year’s National Apprenticeship Week, which runs from the 4th to the 8th March 2019.

The 12th annual apprenticeship week has been given the theme “˜Blaze a Trail’ to demonstrate the benefits of apprenticeships to employers, individuals, local communities and the economy.