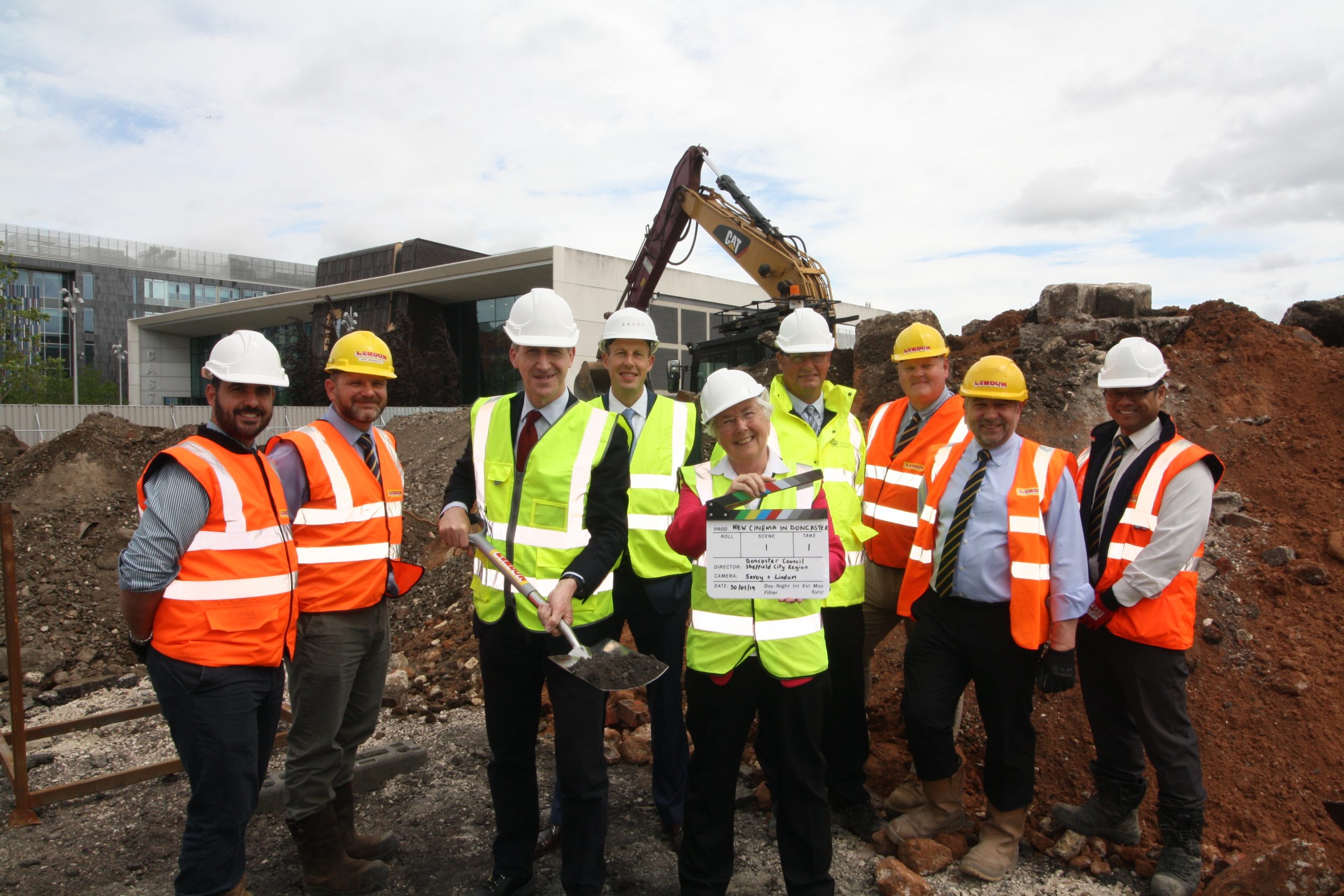 Lindum has been appointed to build a new cinema and five restaurant units within Doncaster’s growing Cultural and Civic Quarter.

Work has begun on the £8.5 million development, which is being built next to the £22m CAST performance venue.

Doncaster Council appointed Lindum to build the cinema and restaurant complex and has now signed an agreement with cinema operator Savoy. In addition there is interest in the development from local and national restaurant providers.

Lindum took possession of the development site on March 25th and the first phase of works will involve setting up the site, undertaking technical surveys and carrying out some site clearance and groundworks before the main construction commences in May.

Managing Director of Lindum Construction, Simon Gregory, said: “This project signals the start of a new relationship between Lindum and Doncaster Council – one that has begun very well and will hopefully continue to get stronger as the teams work together.

“It is exciting to see a council which has so much ambition and such a strong vision for the Doncaster region and we look forward to being part of that journey as it goes forward.

“We will be aiming to use appropriate local companies during construction, which will be an additional boost to the local economy.”

The project has benefitted from £635,000 from the Sheffield City Region Local Growth Funding (LGF) and once complete will create more than 100 jobs and bring more than £530,000 of new business rates into the borough.

Councillor Bill Mordue, Cabinet Member for Business, Skills and Economic Development added: “I am delighted to finally see work starting on the cinema and restaurant development which will further enhance this location, giving a wider choice of leisure activities and places to eat and bringing more visitors to Doncaster Town Centre.

“This project joins others at an exciting time in our Urban Centre Masterplan including the redevelopment of the train station, the Quality Streets work on Hallgate, our new Library and Museum which is in construction down the road and the newly renovated Wool Market which has just opened its doors.”

Dan Jarvis, Mayor of the Sheffield City Region, said: “It’s great to see that work has started on the long-awaited cinema and restaurant complex, which is an important piece in the jigsaw of Doncaster’s Cultural and Civic Quarter.

“The Local Growth Fund has been used to transform a number of projects in the town centre, including the railway station and the newly-opened Wool Market. This fund is transformational for our towns and cities, driving real change for our communities.”

By 2021 Government will have invested over £12 billion through the Local Growth Fund, allowing LEPs to use their local knowledge to get all areas of the country firing on all cylinders.

There are 38 LEPs covering the whole of England, which are investing LGF money in a wide range of projects including transport, skills, business support, broadband, innovation and flood defences.

It is planned for the new development to be open in spring 2020.