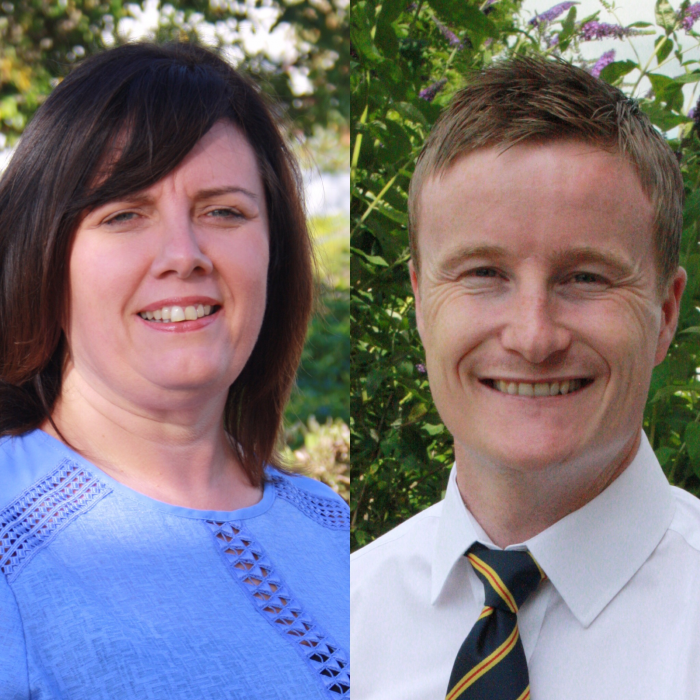 The hard work and commitment of two Lindum employees has earned them promotion to the role of Homes Division Director.

Rebecca Hurst-Miller and Mark Foster have been rewarded for their ongoing dedication to both their own jobs, and the company as a whole.

The decision gives the pair wider responsibility for the running of Lindum Homes, which is the private housing division of Lindum Group. It also recognises the value the Executive Board places on their contribution to the company.

Rebecca Hurst-Miller, who is married and has two sons, joined Lindum 13 years ago, initially working one day a week alongside working for the Citizens Advice Bureau (CAB).

When the Sales Manager left, Rebecca was asked if she would take on the role. Despite being tempted by the promotion, Rebecca felt a loyalty to the CAB, which is a charity and had invested in her as an employee.

Ultimately, Lindum negotiated a two year job transfer, which saw Rebecca increase her working days at Lindum by one day every six months. This allowed her to accept the new job but meant she didn’t feel she was leaving the charity with an operational gap.

Over the next decade, Rebecca’s remit increased and her team grew as the Homes division expanded. These days, Rebecca oversees the development of Homes sites, from planning and house design right through to marketing and sales. She even handpicks the dÃ©cor of the company’s showhomes!

She said: “Obviously I was delighted with the directorship and it does feel nice to have my contribution recognised. I enjoy my job and the responsibility that it brings, working as part of a very capable and hard-working team, and I do believe Lindum is a company that really appreciates that.”

Meanwhile, Mark Foster, who is 38 and lives in a village near Lincoln with his wife and two children, moved to Lindum in November 2013. Before that, he had been working as Principal Planning Officer at City of Lincoln Council.

“While working at the council, my role was about guiding development through an approval process and trying to achieve the best outcome possible. As time passed, I wanted to focus more on the physical delivery of development on the ground from the start of the process, which wasn't something easy to achieve at the Council,” he said.

“I’d got to know people from Lindum through my job and I’d identified that it seemed a great place to work. When I was invited in to have a conversation about possible opportunities for me, I was delighted to take on the new role of the Group’s Planning Manager.

“Sitting in both the Homes and Joint Venture Divisions, I was responsible for delivering planning permissions for our projects across the Group, and this eventually included more a project management role once developments went to site.”

“In 2017 I moved solely into the Homes division as Land and Planning Manager. My role focussed more on purchasing land and securing future land opportunities for our market housing developments, although I have always continued to provide assistance on planning matters across the Group.”

Mark said he was delighted to have been made a director of the division.

“I am very pleased to be recognised in this way. This directorship gives me more collective responsibility for the operation of the entire division and broadens my managerial responsibilities. I was delighted to be offered the position.”

Lindum Homes has become one of Lincolnshire's leading house builders and has been building homes in and around Lincolnshire for over 50 years.

“Both of them have shown a huge commitment to Lindum, as well as being team players and having common sense,” he said.

“They have both made a success of their individual jobs and I look forward to seeing the results of their influence on the Homes Division and the wider Group.”