HomeNewsLindum “˜privileged’ to be working on new Nottinghamshire war memorial

Lindum "˜privileged' To Be Working On New Nottinghamshire War Memorial 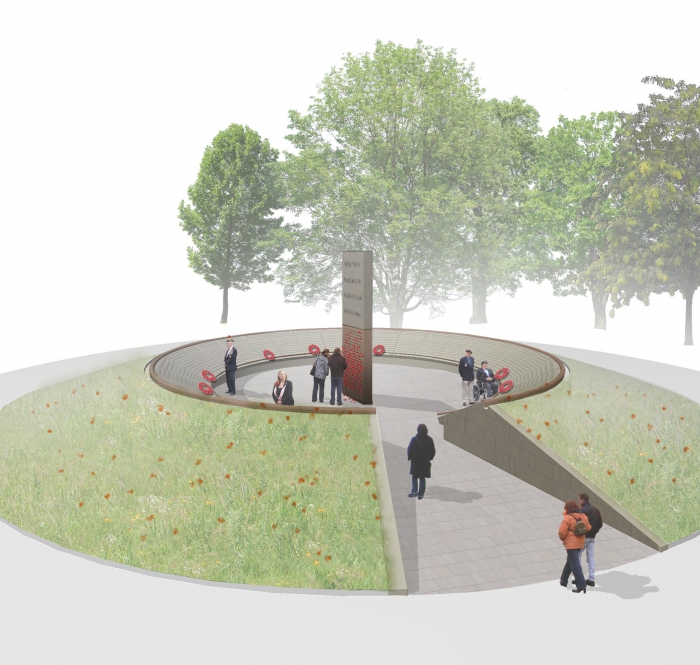 Lindum is honoured to be building a new memorial to 14,000 Nottinghamshire people who lost their lives during the First World War.

The £350,000 structure is to be installed in the Memorial Gardens on Nottingham’s Victoria Embankment and will feature the names of every one of the soldiers, sailors, airmen and civilians who died in the conflict.

It has been commissioned by Nottingham City Council and Nottinghamshire County Council, alongside the seven district and borough councils for Gedling, Rushcliffe, Newark and Sherwood, Bassetlaw, Ashfield, Broxtowe and Mansfield.

It will feature a five metre high inscribed monument at its centre, surrounded by circular stone, into which the names of the fallen will be etched. Space will be created for wreaths and poppies to be laid.

Currently, there are hundreds of individual memorials to Nottingham and Nottinghamshire’s Great War fallen, scattered across the county and further afield in parks, workplaces, churches and other locations – but nowhere that brings together all of their names in one place.

The project is being delivered through the Scape Regional Construction framework. Lindum framework manager Matt Jones said it was a privilege to be working on such an important commission.

“This month marks 100 years since the end of the First World War so it is particularly poignant that we are unveiling this project now,” he said.

“Lindum previously worked on the spectacular Bomber Command Memorial in Lincoln and we are honoured to be able to now turn our hands to this memorial, which will pay tribute to the brave men and women from Nottinghamshire who lost their lives.”

The project is set to cost a total of £350,000, the majority of which has been funded by the city and county council. The final £80,000 is being raised with the help of local businesses and through fund-raising efforts.

A ceremony was held to mark the start of work on the project and the end result will be unveiled to the public in summer 2019.

Councillor Jon Collins, Leader of Nottingham City Council, said: “Breaking ground on this memorial today is our commitment to those who valiantly fought and gave their lives for King and Country in World War I, and in honour of their sacrifice.

“While there are other, local memorials, and places where people can pay tribute, we and our county colleagues feel that the war united us as a city and county and a memorial which paid tribute to that unity, camaraderie and spirit was an important endeavour. I look forward to seeing progress and the final memorial in the near future.”

Councillor Kay Cutts, Leader of Nottinghamshire County Council, said: “The outpouring of emotional tributes and remembrance events over the last few days, weeks and for many years previous show that this country and our county holds its armed forces in high esteem. We remain eternally grateful for the sacrifices they have made – and continue to make – on our behalf.

“The new memorial will be a powerful, moving and unique symbol of our appreciation to the 14,000 local men and women who made the ultimate sacrifice in the Great War and be a focal point for county and city residents to say thank you.”

Victoria Brambini, managing director at Scape Procure, added: “We are proud to work with teams on a wide variety of projects of local importance, and this is no exception. As the first war memorial to incorporate a roll of honour both for Nottingham city and the wider Nottinghamshire county, it will honour those who made the ultimate sacrifice whilst marking the Centenary and providing a befitting space for local communities to reflect and commemorate their lives.”