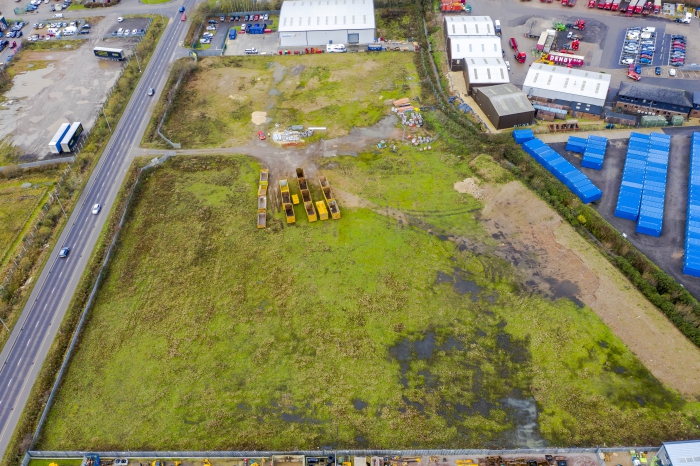 Work to build 15 new commercial units for start-up and growing businesses in North Hykeham could begin in spring 2020.

If plans are approved, North Kesteven District Council will invest £2.2 million developing part of Discovery Park in Whisby Road, just off the A46.

The units would be built by Lindum and would range in size from 750 square feet to 2,750 square feet. Lindum owns the land at Discovery Park but will sell it to NKDC as part of the deal.

The council already manages 111 workshops across 11 sites. Five of these are in partnership with the private sector, five sites are owned by the authority and one is part owned. Its last two schemes are fully occupied.

Leader of the Council, Cllr Richard Wright, said industrial developments were still in demand in North Hykeham and this proposal complimented the council’s existing investments as well as providing starter and growth opportunity space for businesses in the area.

Cllr Wright said: “This proposal is another demonstration that we are open for business and that this council wants to do everything it can to develop new jobs in our district.

“The scheme aims to support business growth for start-up and expanding businesses in the LN6 area.

“The scheme demonstrates NKDC’s commitment to providing businesses opportunities and support and the £2.2 million development will help to achieve this.”

The new development would be called Discovery Court and would take up 1.25 acres of Discovery Park, leaving 4.25 acres still available.

Lindum has already built a new home for Lincoln Precision Engineering on neighbouring land and is confident these units would prove popular with businesses looking for a new home in a thriving commercial community.

“The units will be split across three blocks and will be arranged in a courtyard style around a central access road and 29 parking spaces,” he said.

“The design of the building is very much in keeping with the characteristics of the local area the site is well located in terms of access to public transport links. There is a bus stops 200 metres away and Hykeham Train Station is within walking distance.”

Planning officers are expected to make a decision on the proposals by the end of January.