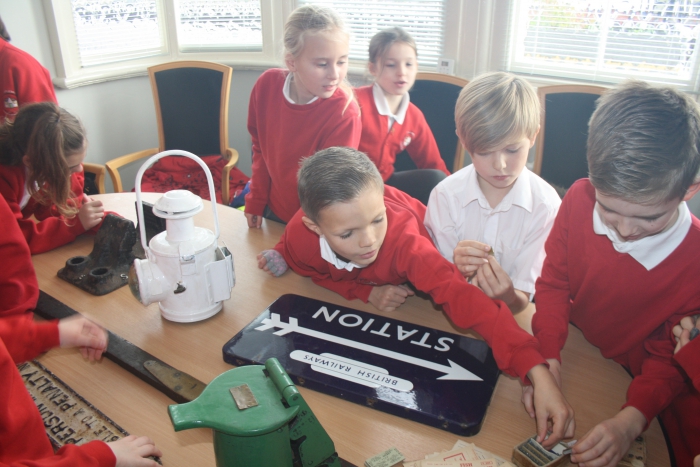 The Princess Royal will officially open the newly-restored Market Rasen Station next month.

Her Royal Highness will visit the station on Tuesday 11th December, where she will unveil a plaque and meet volunteers from the Market Rasen Station Community Project, who helped bring the Grade II listed building back to life.

She will also chat to children from Market Rasen and Nettleton primary schools, who have designed posters about the station’s history and important role it has played in the town.

The station was unveiled to the public in September following a three-year, £700,000 restoration scheme, which saw the dilapidated building turned into a heritage and community centre and business units.

Lynn Ritson, Property Manager at the station, said she was delighted The Princess Royal has agreed to officially open the building.

“We are honoured that Her Royal Highness is going to visit the station and officially unveil the plaque at the Heritage Centre,” she said.

“The restoration of the building involved so many people from the local community and without hardworking volunteers driving the project forward, it would never have happened.

“It is fantastic to be able to mark their success with such a high profile royal visit.”

Prior to the work, which was supported by the National Lottery, the building had been standing empty for 21 years and had been placed on the Buildings at Risk Register.

Also attending the opening will be representatives from the Station Adoption Group, Lindum Group, the Heritage Lottery Fund, and other funders of the project.

For safety reasons, part of the car parking area at the station will not be in use on the day. Those catching a train on the day of the Royal Visit should be aware that they may need to allow a little more time.

Lynn Ritson, Property Manager at the station, also announced her hope of having a new cafÃ© tenant in place shortly, so that visitors to the Heritage Centre and rail passengers will be able to call in for refreshments in the warm and welcoming surrounds of the cafÃ©.