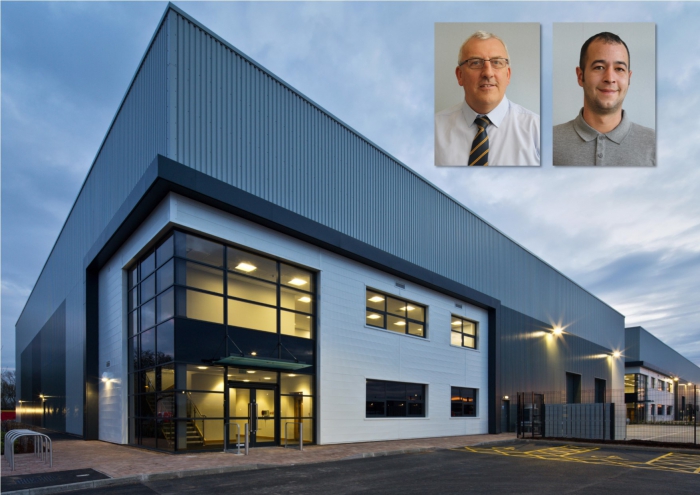 Two Lindum site managers and a major construction project were praised during an annual awards ceremony run by a Lincolnshire council.

He was praised for his meticulous work on the first phase of St Modwen Park Lincoln – particularly his excellent record keeping and ability to deliver large, complex commercial projects on time and within budget.

Meanwhile, BMS site manager Liam Jenkinson was Highly Commended in the same category following his work at Northfield Close at Ruskington and Grantham Road in Sleaford.

He was nominated for having an exceptional eye for detail and for frequently handing over schemes with minimum snags.

The Building Excellence Awards celebrates projects in the district which were completed during 2019.

This year, a considerable number of entries exhibited strong eco-credentials in terms of high levels of insulation, air-tightness, materials use and re-use and highly-energy-efficient heating systems – advocating more sustainable building standards and echoing the Council’s emphasis on a more-climate-conscious response.

During the ceremony, St Modwen Park Lincoln, at Witham St Hughs was named Best Commercial Project.  The development, built by Lindum Construction, spans two buildings and includes more than 95,000 sq ft of warehouse and manufacturing accommodation on the A46 between Lincoln and the A1.

Innovative products and new ideas were incorporated, as far as possible on a build of this type, to offer energy efficiency, value for money and honour Lindum’s commitment to protecting the environment.

This included extensive use off precast materials, for example, lift shaft and loading bays; lights that dimmed in relation to external light levels, energy saving and environmentally friendly. Lindum also undertook to re-use existing materials on site; altering levels and designing the external areas to accommodate and installed attenuation ponds and swales to deal with surface water.

Council Leader, Councillor Richard Wright said: “These awards are about recognising some of the fantastic building work that has taken place in our District, and celebrating the hard work and dedication that local builders, architects and owners put into their projects with the help of our Building Control Team.

“This year, we saw a number of projects seeking new approaches to building by really considering the sustainable potential in adopting new practices – through both their builds and on-site waste management.”

The winners from the evening will now go on to the regional finals taking place in Leicester in May.