HomeNewsTrainee painter Dior is top of the pots

Trainee Painter Dior Is Top Of The Pots 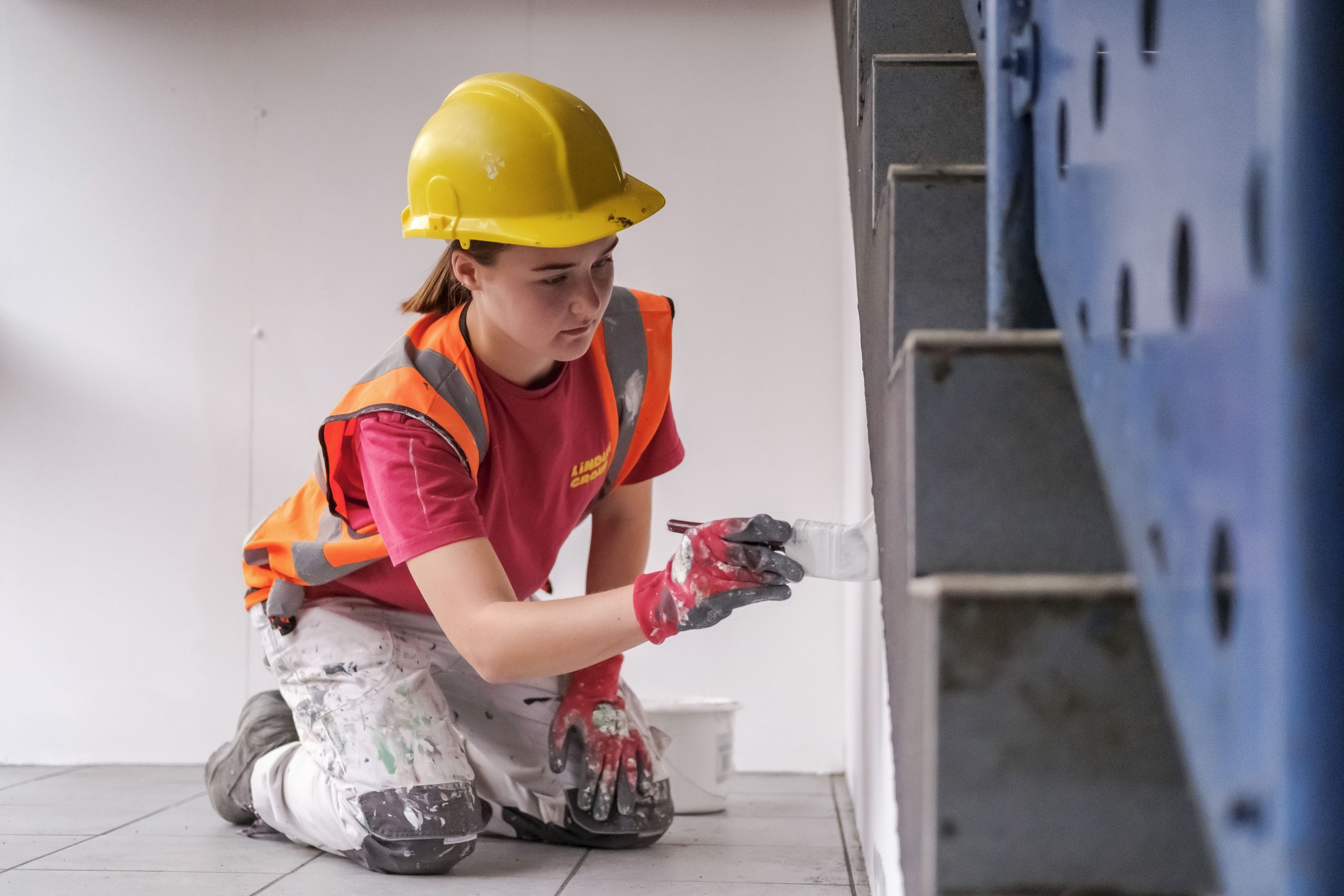 Teenage painter and decorator Dior Regan will battle it out to be crowned the best in Britain at a national competition later this month.

Lindum Group apprentice Dior (18) has made it through to the SkillBuild finals in Edinburgh after competing at a regional qualifier in Leeds in the summer.

She is one of eight trainees from across the country who will attempt to win a place at the European championships of the contest, which is known as the Construction Olympics.

Dior, who began her apprenticeship with Lindum in 07/2021 will attend a three-day competition at Edinburgh College from November 14 to 17.

She will be tasked with demonstrating her handiwork by setting out, drawing lines and painting to specific requirements which will be revealed on the day.

If she wins, Dior will be crowned National Skills champion and represent the UK at the Skills Olympics in France 2024. The overall winner of the competition will be given the opportunity to represent the EU in the finals in China. 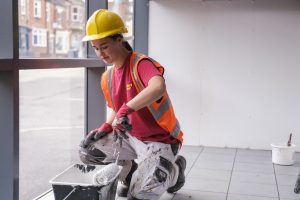 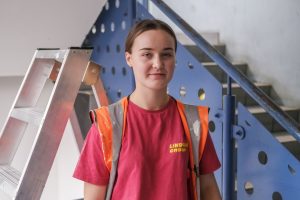 Dior won her place at the UK finals by competing in a one-day qualifier at Leeds College. She had to replicate a design, to scale, onto a blank wall. She was judged on her accuracy, painting, tidiness and the preliminary marking out and measurements.

Dior said: “At the start when I was just marking out and staring at a blank page I was thinking ‘oh no, where do I start,’ but once I got going it started to come together.

“Luckily, I was in a booth with someone I knew from my college, so that made me feel a little better. The painting stage was actually really calming as well.

“I was just happy that I got everything finished on time. There were quite a few that didn’t get a chance to finish. Only four people managed to get everything done. I have done some competitions like this before and it was really tricky and I only got three elements on, so it was really good to just finish.

“When I found out I’d won, it was a bit of a shock. I was on the phone to my tutor, who reminded me to check my emails, as I was waiting to hear from the organisers. At first, I didn’t realise that I was progressing.

“I rang my tutor back and asked him what the National Skills Championship was and he just said ‘you’re kidding’. He was absolutely chuffed because he’s been backing me the whole way.

“I’m happy that I get to carry on. I haven’t celebrated yet, but my whole family will be coming up to Edinburgh to support me in the finals.”

Once all the regional heats have taken place, the eight highest scoring entrants in each trade were invited to progress to the UK finals.

Ben Blackledge, Deputy CEO of WorldSkills UK said: “I want to offer my congratulations to everyone who registered for our competitions this year, especially those who are now going on to compete in November’s finals.

“Our competitions and competition-based development programmes equip apprentices and students with the lifelong, world-class skills that will help increase UK productivity and competitiveness.”

Dior, who lives in Lincoln and went to Christ Hospital School, joined Lindum as an apprentice after starting a Painting and Decorating course at Lincoln College.

She added: “Before I started the course, I was worried I might be the only girl and that I might not like it. But that wasn’t the case and I ended up getting on with everyone really well.

“Once I actually got stuck into the course, I just flew with it. I loved it.”