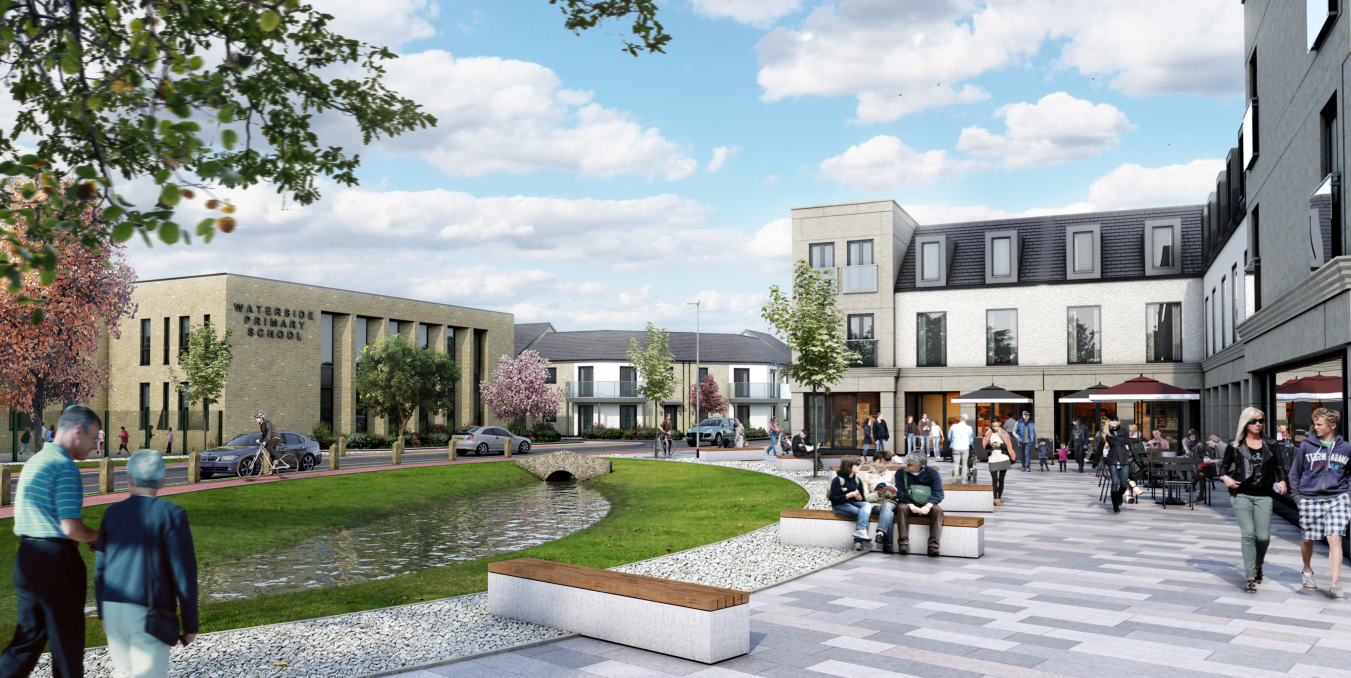 We are delighted that the plans have not been called in by the Secretary of State and we are now looking forward to re-engaging with the local community, ward councillors and Lincolnshire County Council as highways authority, to deliver a scheme that’s right for Lincoln.
Mark Foster | Planning Director
Lindum

Work to deliver Lincoln’s Western Growth Corridor can now progress after government decided not to ‘call in’ the scheme’s planning application.

A planning decision notice for the project has today been issued as the Secretary of State’s office confirmed it will not be scrutinising the proposals.

Western Growth Corridor, which will be jointly delivered by City of Lincoln Council and Lindum Western Growth Community Ltd, will be the largest project undertaken in the city for decades, bringing more than £500 million worth of investment into Lincoln over its lifetime and providing hundreds of jobs locally.

The development will supply the city with 3,200 much needed new homes, a leisure village, an industrial park and transport infrastructure that will help alleviate some of Lincoln’s worst traffic problems.

Significant time has been taken to plan transport infrastructure which will improve the overall road network in the area, including a new spine road, which will run through the centre of the development, providing a main road to connect the development into the city centre and surrounding area.

Traffic modelling, undertaken by independent industry experts, shows that, once in the place, the planned infrastructure improvements would take significant amounts of traffic away from Skellingthorpe Road. This includes linking Skellingthorpe Road to Tritton Road via a new bridge over the railway, which will play a major part in helping ease current congestion at the railway crossing.

To further assist delivery of the Western Growth Corridor project, there has been extensive independent studies and surveys conducted, including flooding and water management strategies which will help ensure the development and wider area are protected from flooding, with suitable mitigation in place.

There has also been a number of ecology studies to assist developers in ensuring that any disturbance to the site’s natural assets such as trees and wildlife is kept to a minimum, with large areas of green space still available and preserved.

Now that the call-in has been refused, initial works on site are expected to begin later this year.

Leader of the city council, Cllr Ric Metcalfe, said: “We are very pleased that the Secretary of State has rejected the call-in request for the Western Growth Corridor planning application, giving city councillors the ability to make the ultimate decision for the site.

“The planning application has significant local importance; it is policy compliant and allocated within the Local Plan. Government has responded quickly and favourably in refusing the call-in and allowing us to progress with the project.

“The decision notice for the site has now been successfully issued, and I look forward with the project starting in the near future.”

Mark Foster, Lindum Planning Director, said: “We are delighted that the plans have not been called in by the Secretary of State and we are now looking forward to re-engaging with the local community, ward councillors and Lincolnshire County Council as highways authority, to deliver a scheme that’s right for Lincoln.

“We have taken note of concerns raised during the application process, and articulated on the night of the Committee, and we want to work together to ensure we get this right.

“It has taken many years of hard work to get to this point and we are pleased to see the scheme now gathering momentum.”