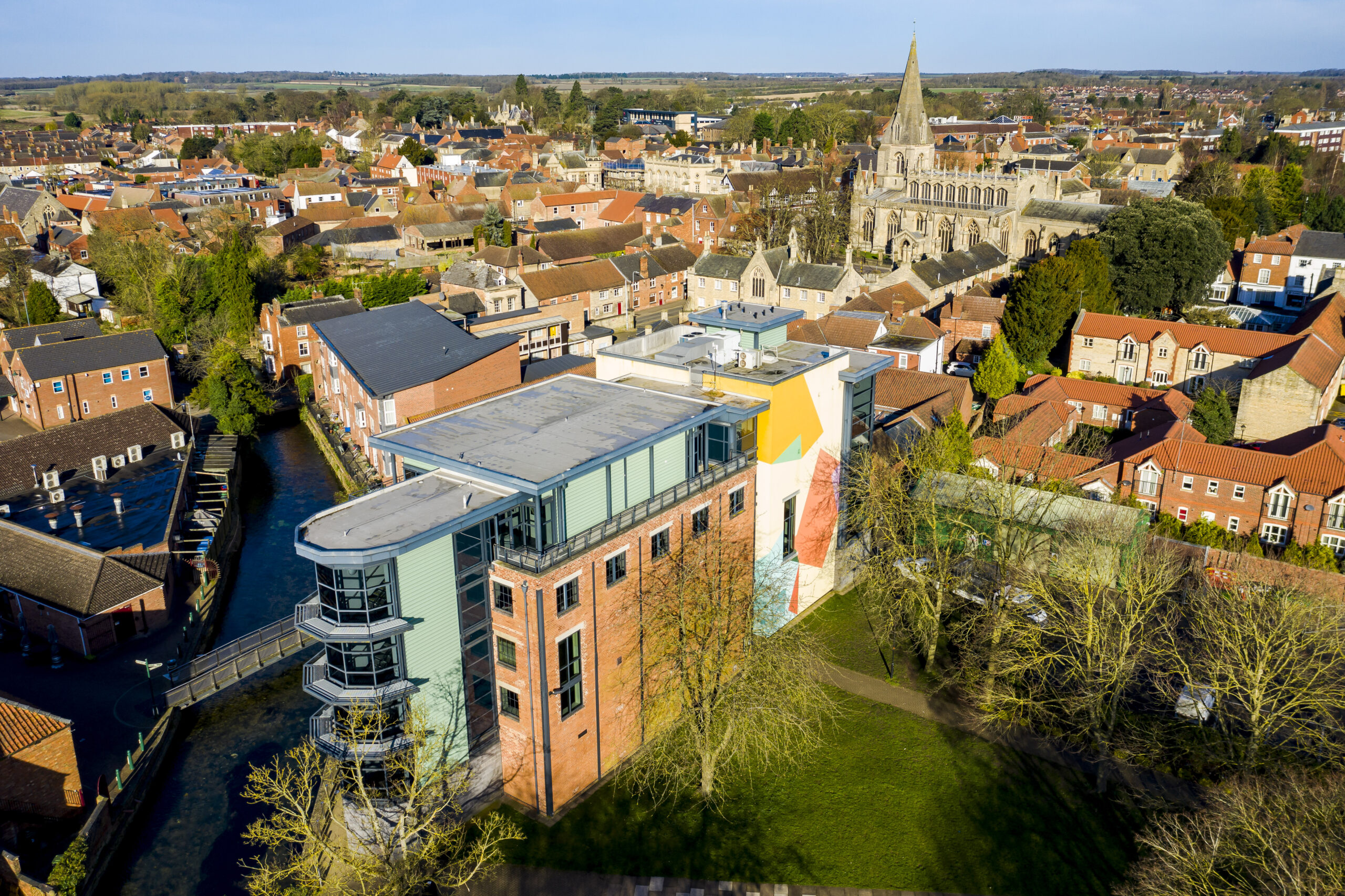 The work will increase its importance as a local hub... as well as growing its significance nationally as a centre for craft, the arts and all it’s known for already.
Councillor Richard Wright | Leader
North Kesteven District Council

A major extension to Sleaford’s National Centre of Craft and Design will begin to take shape in the coming days as its new steel frame is installed.

It is a major milestone for the £1.2 million project, which is due to finish in May next year, and comes just weeks after MRI Software revealed it would be relocating to new office space in the development.

The NCCD, owned by North Kesteven District Council, is undergoing a £1.2 million refurbishment creating an enhanced modernised space for visitors and arts practioners.

All the current features of the NCCD will be retained by the addition of a 200 square metre ground extension.

Site manager Bryan Palmer said: “We have completed the foundations ready for the steel structure to be installed. That is when people will really start to see the scale of the building. Once that’s complete, we will begin the brickwork.

“The project has been very smooth so far. Although it is an incredibly tight site, the public have been understanding and we’ve got a great relationship with the craft centre team.

“The centre is back open on a part-time basis and we are working with the team there to make sure it can still be safely accessed.” 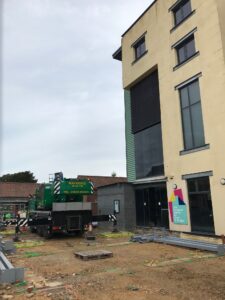 Once complete, the new-look building will feature a ground floor gallery, an artist workshop, a children’s zone and a performing arts studio. The food and drinks offer will also be significantly improved by a large indoor bistro and an outdoor seating area taking in views of the River Slea.

Leader of North Kesteven District Council Councillor Richard Wright said: “It’s exciting to see this milestone aspect of our transformation of the NCCD get underway, as part of our £1.2 million programme of investment to reconfigure and enhance this well-respected and much-used facility.

“The works will increase its importance as a local hub, along with added conferencing facilities and space for local business MRI Software, as well as growing its significance nationally as a centre for craft, the arts and all it’s known for already.”

Lindum was awarded the contract through the Pagabo construction framework.

Find out more about how a framework could help get your project off the ground here.

Two life-saving defibrillators have been donated to a Nottinghamshire primary school by construction company Lindum Group. The machines were handed over to Morven Park Primary School after Lindum was appointed to carry out two separate building projects in the school’s neighbourhood. It comes less than a week after the importance of emergency medical care was […]

Works to refurbish City of Lincoln Council’s Lincoln Crematorium are progressing well, with groundworks to the second chapel well underway. Refurbishment works at Lincoln Crematorium began in April 2021, and, when complete, will include: An upgrade to the back of house areas of the main Crematorium building, including the crematory and committal areas, and the […]

Work to create a digital business incubator hub in the centre of Harrogate will begin on Monday. (17th May) Lindum is to carry out a £500,000 refurb of two office floors for Harrogate Borough Council and Harrogate Convention Centre at Springfield House, which sits within the convention centre off The Kings Road. The finished building […]

Donation to preschool after new council homes are completed

Pupils at Heckington preschool have enjoyed playing with a new sandpit, toy box and bike store which were donated following construction of new council homes in their village. Lindum Group handed over the items after building four new flats on an old car park in High Street for North Kesteven District Council. The flats are […]