HomeNewsSeasalt coming to The Cornhill Quarter

Seasalt Coming To The Cornhill Quarter 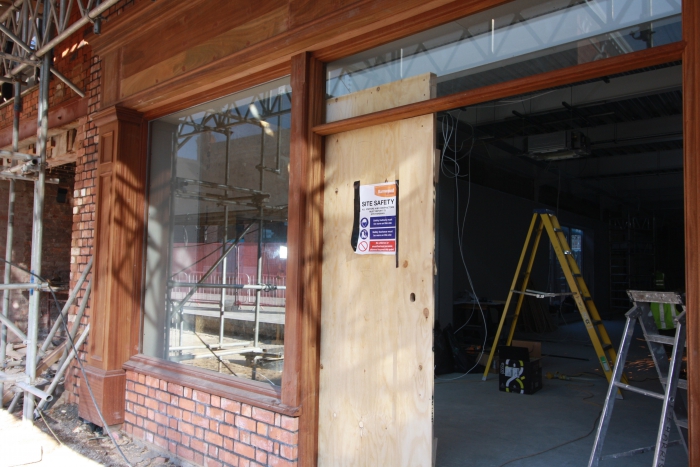 Clothing retailer Seasalt is to open a store within Lincoln’s redeveloped Cornhill Quarter.

The shop will move into one of the newly refurbished Sincil Street units, which are being brought back to live by Lindum’s construction and joinery teams.

The news comes just weeks after coffee chain 200 Degrees and cocktail bar The Botanist also announced plans to move to the area.

Simon Gregory, MD of Lindum Construction said: “We are delighted to see an additional tenant has been signed up for Sincil Street and we look forward to welcoming yet another new name to Lincoln city centre.

“It goes to show that, despite some of the challenges facing the retail industry at the moment, if businesses are able to find the right space in the right kind of development, there is still a willingness to invest and expand.

“Work on Sincil Street, which forms Phase Two of the Cornhill Quarter regeneration programme, is progressing well and we look forward to seeing the full impact of the restored shop fronts once all the scaffolding is removed. We have also now begun work on Phase Three, which involves the construction of the new Everyman Cinema.”

The £70m Cornhill scheme is being led by Lincolnshire Co-op and Chief Executive Ursula Lidbetter said: “We are achieving great momentum with our development, attracting yet another great name to add to the mix of local and national brands.

“It’s another step towards our vision to retain the unique feel of the area and enhance the centre of Lincoln. Seasalt will provide an offer which we don’t currently have in Lincoln, which we hope will attract local residents and visitors from the surrounding area to the city.”

A spokesman for Seasalt added: “We are delighted to be opening a shop in Lincoln. We have wonderful customers in the East Midlands and we’re looking forward to welcoming them to our new shop, which we hope will bring a touch of Cornwall to the beautiful architecture of the city.”

The shop will sit alongside recently signed 200 Degrees, in Phase Two of the redevelopment, which is nearing completion and will deliver 23,000 sq ft of retail space along Sincil Street, as well as a bright, attractive walkway through to the multi-storey car park.

200 Degrees will bring a new 90-seater cafÃ© serving freshly roasted coffee from its 200 Degrees roast house in Nottingham. It is the first outlet for 200 Degrees in the city and the brand’s eighth shop in the UK. It will bring twelve new jobs to the city.

Tim Bradford, Managing Director at Banks Long & Co, said: “We have a great line up of tenants for The Cornhill Quarter, which all bring a unique and different offer to Lincoln.

“As a new fashion brand for the city, Seasalt will bring an additional draw to the scheme. We are continuing at pace on The Cornhill Quarter development, and we are having some fruitful discussions with further brands, and look forward to announcing these in due course.”

This latest letting follows on from news at the end of 2018 that The Botanist will open a new cocktail bar in the third phase of The Cornhill Quarter development. Work has just begun on this phase, which will sit opposite the refurbished Corn Exchange building and will also house the new Everyman Cinema.