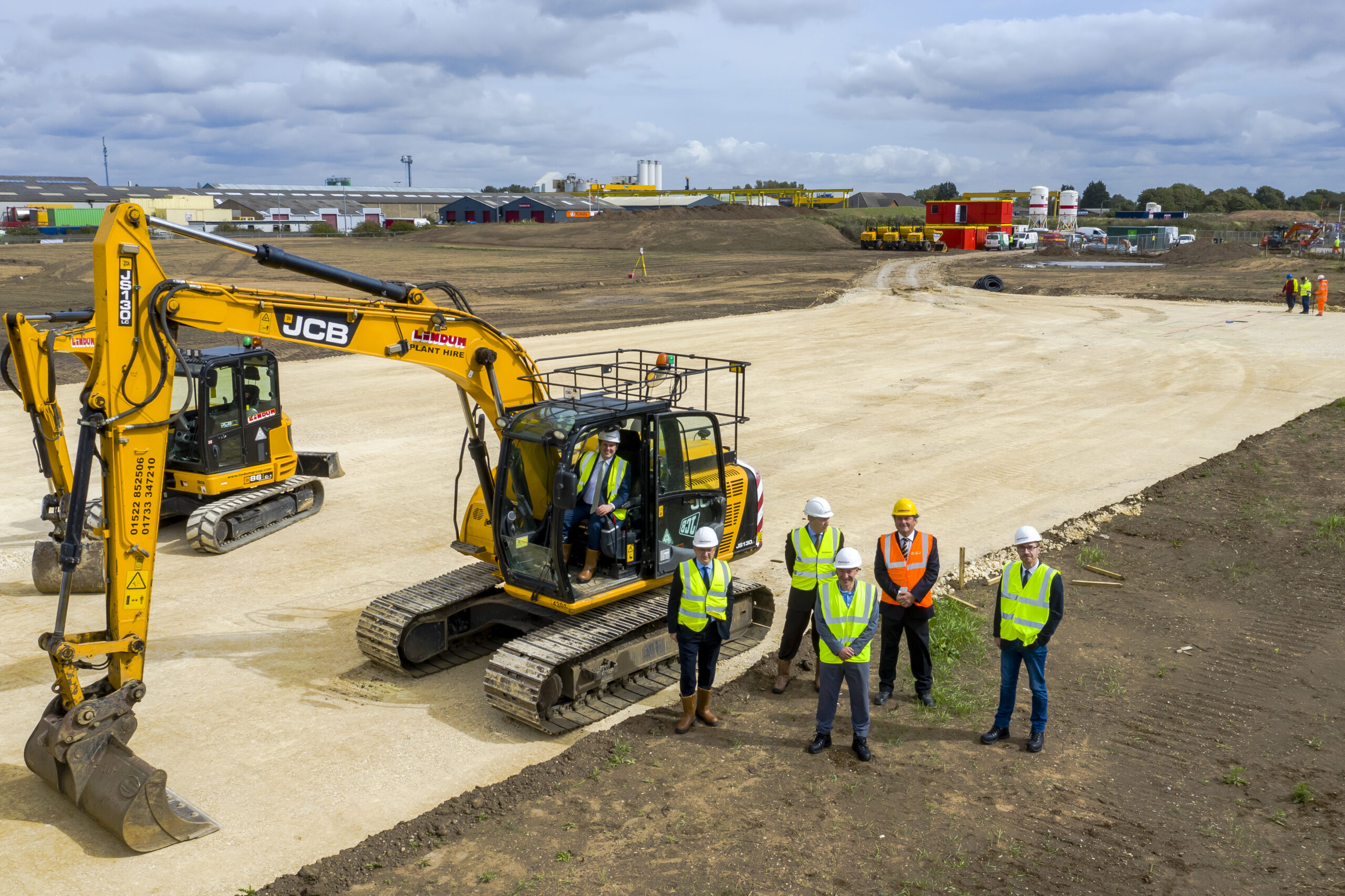 The new school will offer local children a first-class facility right on their doorstep, and will become part of the community’s growing hub meaning residents can access a host of amenities all within a short stroll.
Richard Coppell | Group Development Director
Urban&Civic

Lindum is building a new primary school as part of a major urban extension on the edge of Newark.

The school will be located in the heart of the development and will welcome its first intake of pupils in September 2021.

It will also provide a new home for the current Christ Church Infant School in Newark, which will relocate to the school and grow into the full primary school, offering 525 school places once the facility is complete. 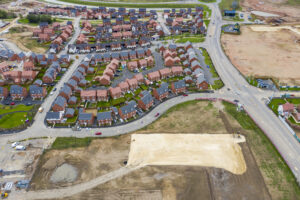 Lindum Chairman David Chambers said: “We are very happy to once again be working with Master Developer Urban&Civic.

“Lindum has already delivered the new U&C offices and Gannets café on site at Middlebeck, as well as offices and changing facilities at Corby, Northamptonshire. This project will build on our solid relationship.

“The Middlebeck scheme will see the creation of a vibrant, new settlement that is less than 20 miles from our offices. It is great to be building the school, which will be such an important part of that community.

“We are pleased to hear the housing site is doing so well and making a real difference to the lives of people in the area and long may it continue.” 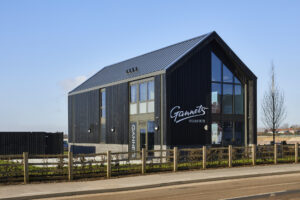 Earlier this month, MP Robert Jenrick paid a visit to site to mark the beginning of construction work.

The Newark MP joined representatives from Urban&Civic, Newark and Sherwood District Council and Lindum on Friday, 4th September, to celebrate the occasion as well as explore the latest progress on site.

As well as visiting the school’s construction site, Robert Jenrick was also taken on a tour of Middlebeck to explore the progress made by Urban&Civic since work began in 2017, which is now home to over 150 families, a café and extensive outdoor areas. 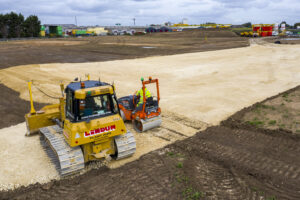 During his visit, Robert also stopped off at the neighbourhood’s eatery, Gannets Middlebeck, where he chatted to local businessman Neil Stevens on their reopening following lockdown, in July.

Speaking on his visit, Robert Jenrick said: We’re building the homes our country needs and ensuring new communities have the infrastructure they need to thrive.

Richard Coppell, Group Development Director for Urban&Civic said; “We were delighted to welcome Robert to the site, for what was a significant moment in our masterplan for Middlebeck.

“The new school will offer local children a first-class facility right on their doorstep, and will become part of the community’s growing hub meaning residents can access a host of amenities all within a short stroll.

“We were also keen to demonstrate just how much Middlebeck has grown as a community, particularly during the past few unprecedented months. Our contractors and housebuilders have continued to forge ahead on site throughout the lockdown to keep momentum going.

“What’s more, we were proud to show Robert that as a new community Middlebeck has shown real resolve, positivity and community spirit throughout this trying time, a reflection of everything that Middlebeck stands for,” he added. 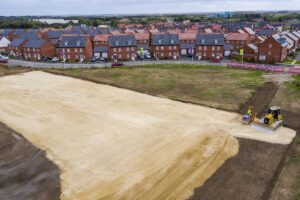 Lindum is to build a three-storey extension to John Leggott College in Scunthorpe. The work will see 12 new classrooms constructed, along with additional breakout learning spaces. It will also involve remodelling the existing frontage, giving the entire campus a new and modern appearance. Work is due to start in May and is expected to […]

A road will be closed in Grantham from ​8th January ​2022 to allow for repairs to a Grade II listed building which is part of The King’s School. Castlegate will be shut to traffic until at least April while ​several roof ​elevations at The King’s School ​are stripped and replaced. Th​is work is essential to […]

A new primary school built by Lindum in the growing community of Middlebeck near Newark has welcomed its first pupils this week. Christ Church C of E Primary School is a state of the art building which was constructed by Lindum for master developer Urban&Civic (U&C). Nestled within the flourishing neighbourhood of Middlebeck, the school […]