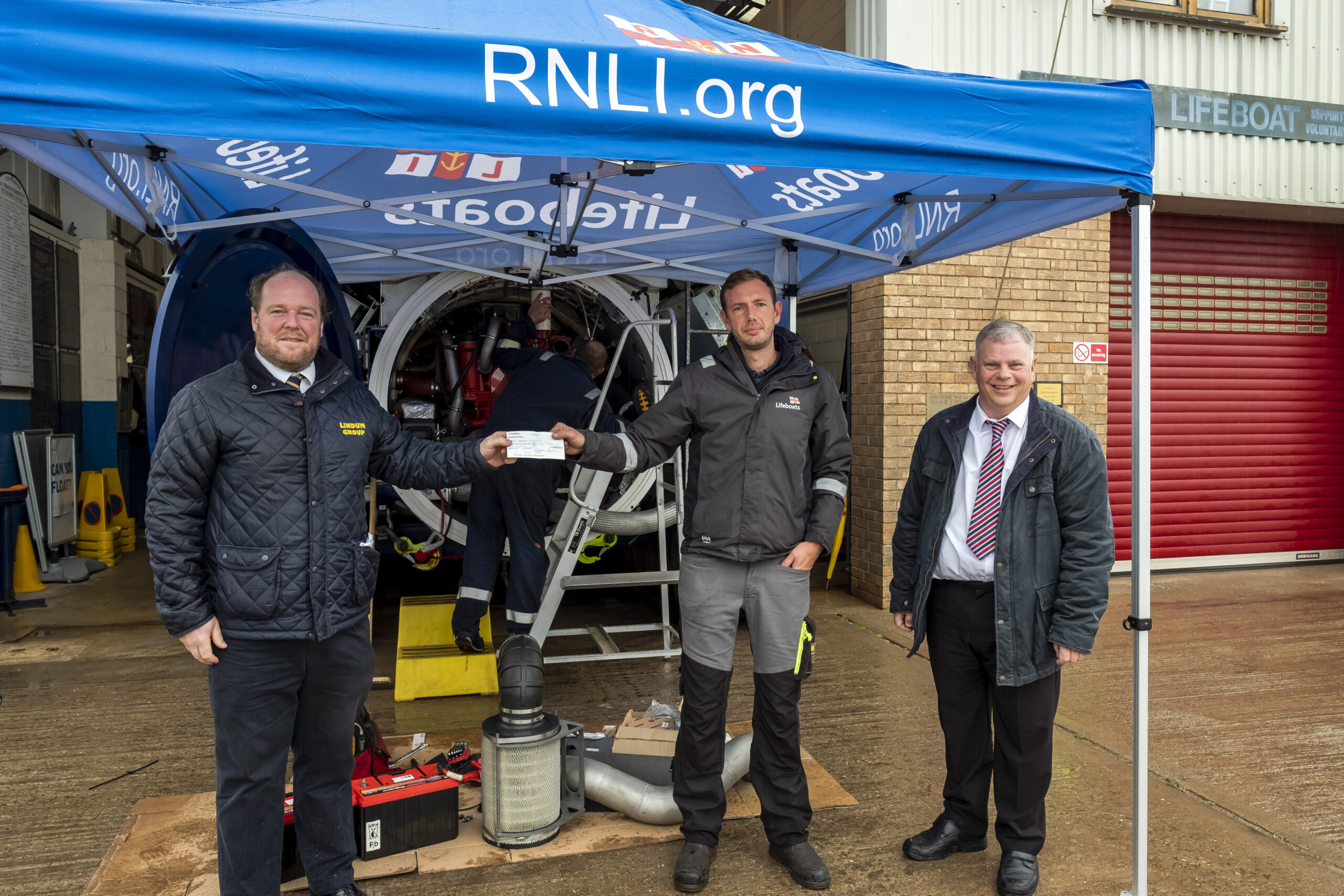 Lindum Group handed over cheques to RNLI branches in Skegness and Mablethorpe after completing a string of building projects in the East Lindsey district.

The money will be used to support the vital services the charity provides, including its world class coastal lifesaving provision and its education and safety programmes for young people.

The donations were made after Lindum completed £400,000 of building projects for East Lindsey District Council, including refurbishment and fire safety improvements at Embassy Theatre, emergency sea defence work at Gibraltar Road in Mablethorpe and maintenance and repairs to Skegness waterways.

They were presented by Lindum Board Director Freddie Chambers, who said: “We are delighted to support these two lifeboat stations. It is hard to overemphasize the contribution they make to keeping people safe on our coastline.

“As a Lincolnshire-based company, we value the work the lifeboat crews do for our county.”

All the building work was procured through the Scape Regional Construction framework and in addition to the £400 donation to RNLI, the three contracts generated £277,000 of extra value for East Lindsey’s community and economy.

This amount has been worked out using a ‘social value calculator’, which assesses things like the impact of using a Lincolnshire building contractor, buying materials from suppliers in East Lindsey and employing three apprentices on the project.

By working with local companies, for example, each pound the council pays out is reinvested back in the community through wages and employees’ subsequent spending.