HomeNewsThree year restoration of Market Rasen Station to be unveiled

Three Year Restoration Of Market Rasen Station To Be Unveiled 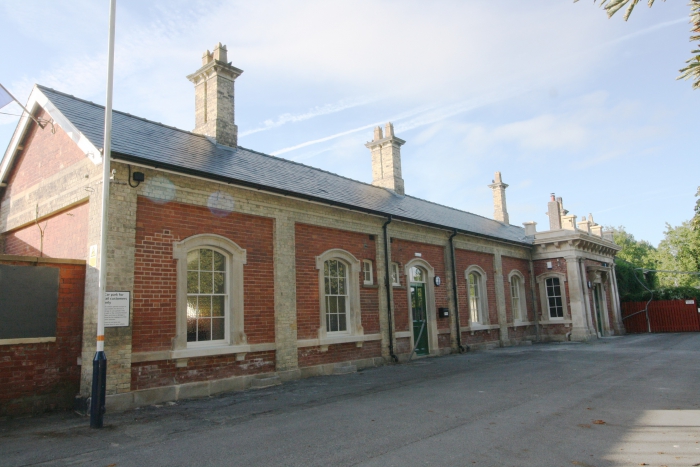 The results of a £700,000 restoration project to breathe new life into a dilapidated Lincolnshire train station will be unveiled at an open day this weekend.

A three year scheme, supported by the National Lottery, to turn the Grade II listed Market Rasen Train Station into a heritage and community centre and business units will be showcased on Saturday, September 8 at 12:30pm.

Since closing in 1997, the landmark Victorian building had fallen into disrepair and had been placed on the Buildings at Risk Register.

Now, thanks to significant investment from the National Lottery, and the efforts of dedicated volunteers who make up the Market Rasen Station Community Project Ltd, the building has been given a new lease of life.

While no longer serving as a waiting room for travellers, the building is home to a heritage centre which charts the history of the station, a community room for use by local people and business space, which is home to two local companies, employing ten people between them.

Chair of the Market Rasen Station Community Project Ltd, Emma Wardell said: “The Market Rasen Station Community Project is delighted to be finally unveiling the results of this wonderful restoration project which has been funded thanks to National Lottery players. The station is fondly remembered by so many people in the town and has languished for too long. It is so rewarding to see this heritage asset being brought back into sustainable use.

“The heritage room tells the story of how significant the station was to the town and brings to life some of the characters who have worked here.

“Meanwhile, the newly-created commercial units in the building have been occupied by established Lincolnshire shipping company Torbulk and a start-up enterprise, which will operate a new cafÃ© called Platform 2.”

Station Facilities Manager, Lynn Ritson said the project had become a labour of love for the construction team.

“As a Lincolnshire business, which employs local people, Lindum has an interest in helping to save important community landmarks such as this. It has been very rewarding to see it transform back into its former glory,” she said.

“Alongside our expert tradesmen, a number of our Lindum apprentices engaged with the project – our Joinery apprentice Robbie helped to make the new windows, for instance.

Throughout the three-year renovation, the group behind the project shared its progress with the local community. Tours of the site were given to schools and Scout groups and a number of open days were held to demonstrate the construction skills and expertise involved in the restoration.

Mrs Ritson added: “As funding for this project has been made possible by the general public through playing the National Lottery the Market Rasen Station Community Project Ltd and Lindum felt it was important to share the journey,” she said.

“We took part in heritage open days as well as the Wolds Walking festival and opened up the site to visits from interested community groups.”

Market Rasen Train Station was first opened in 1848 as part of the Great Grimsby and Sheffield Junction Railway. The waiting rooms and ticket office closed in 1997 although the station remains a popular stop on the Grimsby – Lincoln – Newark line, which is managed by East Midlands Trains. It is used by 65,000 people a year.

Head of HLF East Midlands, Jonathan Platt said: “Thanks to money raised by National Lottery players, we are delighted to see this project completed and are proud to have been involved in the restoration of such an important local landmark. This project is an excellent example of how volunteers, apprentices, organisations and the local community can work together to protect their heritage and create a valuable asset to boost their economy.”