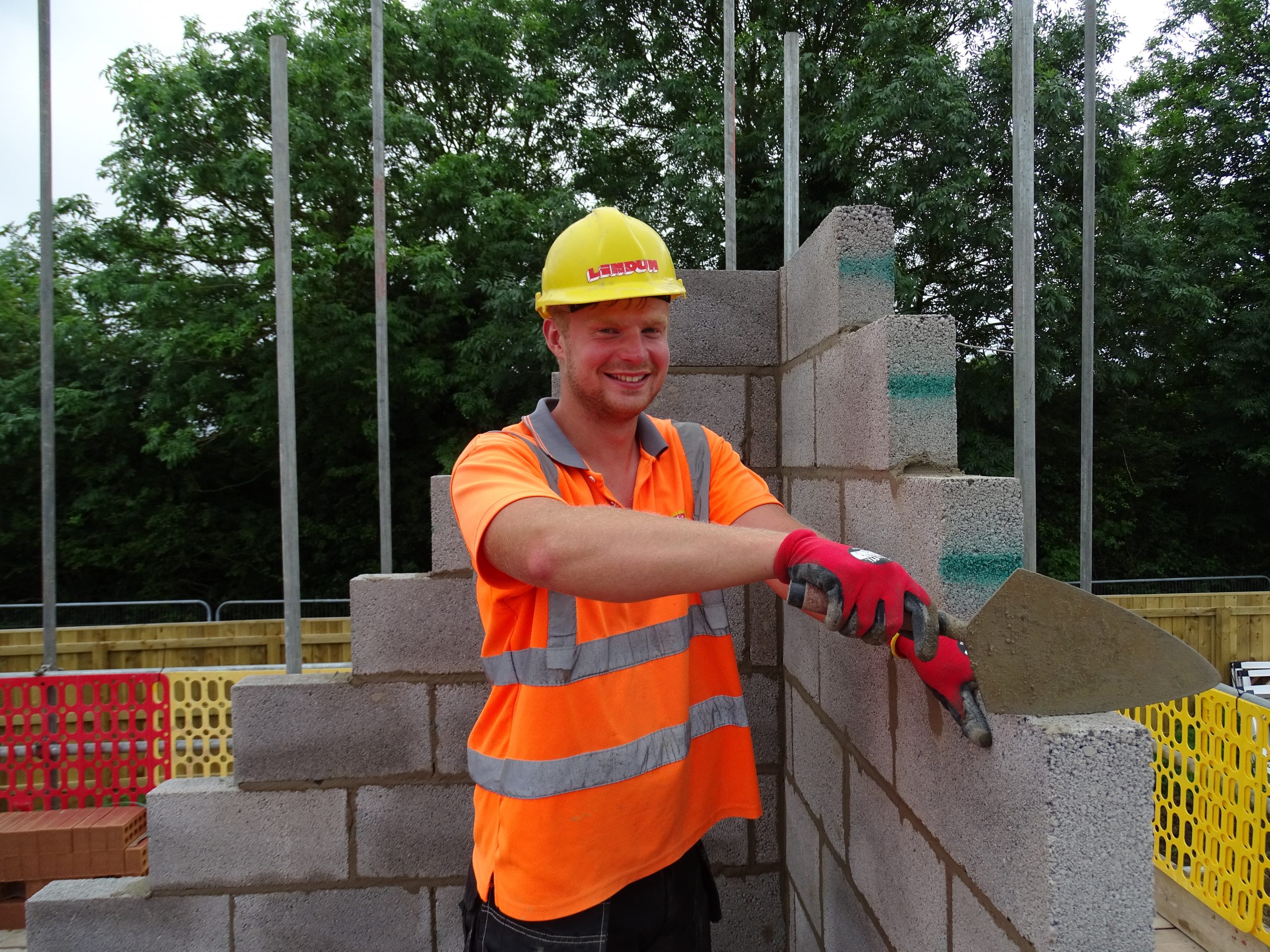 Lindum Homes is delighted to welcome Bricklayer Scott Evans as a permanent member of its team after he successfully completed a three year apprenticeship with Lindum Group.

Scott finished his course and gained an NVQ at the end of June and is now working full-time at The Paddocks, Lindum Homes’ development in the village of Navenby, near Lincoln.

Scott began his training with Lindum’s Construction Division in 2018, before moving to Lindum Homes in 2019 to gain wider experience.

He also attended Newark College one day a week to study for his NVQ Level 2 in bricklaying.

During his training, Scott worked under the guidance of Lindum Apprentice Manager John Levey.

John, who is a vastly experienced bricklayer, was able to provide intensive skills training in the early months of Scott’s career, which meant he could hit the ground running on site.

Among the projects Scott worked on during his apprenticeship were the multi-million pound redevelopment of Sincil Street in Lincoln and the construction of five executive homes at Bramley Grove in Heighington.

Scott is pictured below receiving his certificate from apprentice manager John Levey. 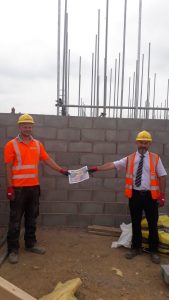 Trainee Lindum joiner Katie Hughes was crowned Apprentice of the Year at the Greater Lincolnshire Construction and Property Awards. Katie was chosen as joint winner in the category, which recognises young people who have made an exceptional start to their careers. It recognises the quality of her work, her commitment to learning and the impact […]

Site joiner Katie is building a future through apprenticeships

Trainee joiner Katie Hughes has spoken about the value of on-the-job learning to mark this year’s National Apprenticeship Week. Katie, from Newark, is seven months into her site joinery apprenticeship with construction company Lindum and is currently working on a building site in Grimsby. She previously studied painting and decorating at college but said the […]

An innovative approach to training the next generation of construction workers earned local builders two high-profile awards in the space of one week. Lindum Group’s commitment to educating its apprentices and trainees was recognised at the Lincolnshire Business Awards and at the national Housebuilder magazine awards in London. At both events, the company was praised […]

Joinery apprentices from Lindum have used their woodwork skills to support the construction of a new community garden in uphill Lincoln. Tyler Dixon and Dylan Donohoe worked alongside dozens of other volunteers to help establish Hillside Community Garden on land between Lincoln County Hospital and the city’s Tower Estate. The pair spent almost a week […]

Construction company Lindum has set up its own teaching site and opened its own training centre as part of a commitment to the ongoing development of its workforce. The facilities have been set up on the Lindum Business Park in Station Road, North Hykeham, and are primarily used to support the progress of apprentices and […]

Construction industry trainees and apprentices are being given the chance to learn their trade while working on one of Lincoln’s most significant building projects. Joiners, bricklayers and groundworkers are among those honing their craft on site at Sincil Street and The Cornhill in Lincoln. In addition, trainee site managers, quantity surveyors and estimators have also […]

Hundreds of school children were given an insight into life in the construction industry during this year’s Lincolnshire Construction Week. Pupils from across the county descended on the Lincolnshire Showground for the three-day event, where they tried their hands at tasks such as surveying, bricklaying, plastering and 3D modelling. Organised by The Lincoln Group Training […]