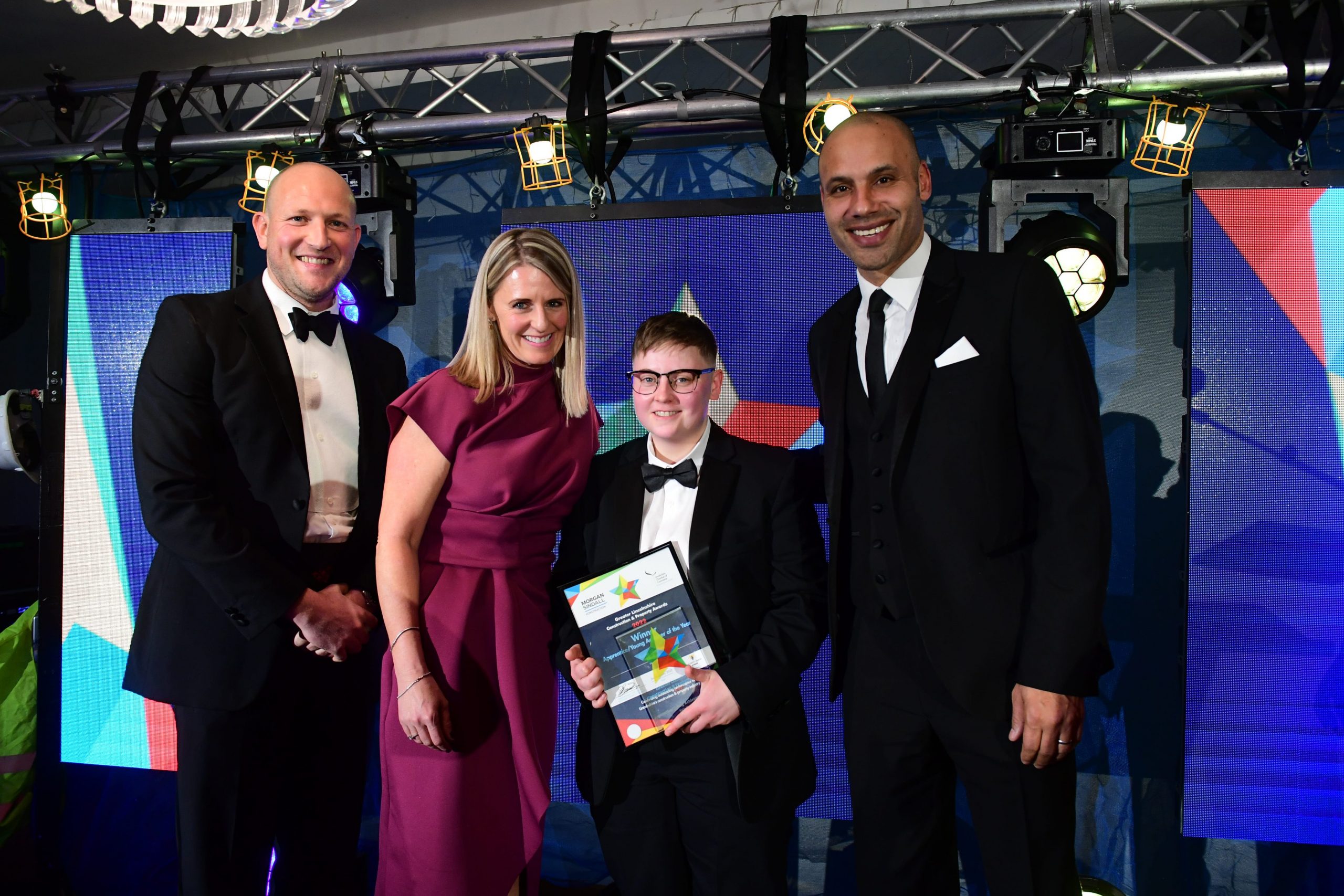 I am really delighted for Katie. Our apprentices are the future of Lindum and the future of the construction industry in general. It’s so important that we nurture their enthusiasm and hard work, and she should be really proud of herself.
Freddie Chambers | MD
Lindum Group

Trainee Lindum joiner Katie Hughes was crowned Apprentice of the Year at the Greater Lincolnshire Construction and Property Awards.

Katie was chosen as joint winner in the category, which recognises young people who have made an exceptional start to their careers. It recognises the quality of her work, her commitment to learning and the impact she’s had on the business.

She was handed her award during a black-tie ceremony at Lincoln’s DoubleTree by Hilton Hotel on the Brayford on Thursday, February 3rd.

It was one of ten given out during the event, which is staged by the Chamber of Commerce and held to celebrate businesses with vision, innovation and support for industry in Lincolnshire.

In addition, Lincoln’s Cornhill Quarter development, which was built by Lindum Group for Lincolnshire Co-op, was named Development Project of the Year (over £5million).

Judges said the project had delivered a “beautiful and thriving area for Lincoln residents and tourists”. 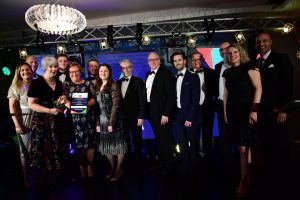 Katie has been with Lindum for three years and works in our Building and Maintenance division. She works on construction projects ranging in value from just a few pounds up to £3million. Clients she’s worked for include local authorities and NHS Trusts as well as schools and housing associations.

Katie was delighted to be joint winner of the award alongside Hannah Cook from consultants Waldeck. 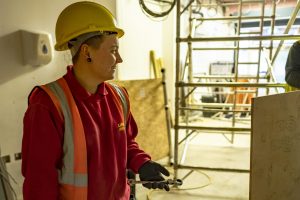 “I’ve always wanted to be a joiner, but I didn’t get great results at school. Winning this award shows other people like me that there is more than one way to build a career,” she said.

The multi-million-pound, five-year development of The Cornhill Quarter is the most significant real estate programme Lincoln has seen in 25 years. It has attracted many national and independent occupiers, whilst retaining and reinstating a significant amount of heritage real estate.

The phased project comprises a significant area of Lincoln’s commercial offering stretching between the High Street, Melville Street, St. Mary’s Street and the river Witham. Lindum’s has worked on all three phases, including: 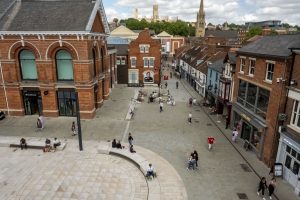 Group MD Freddie Chambers said the award served as recognition for all those involved in the scheme.

“Lindum has been involved with the Cornhill scheme from the start and this accolade is a testament to the hard work, commitment and practical skills of everyone involved,” he said.

“It shows what can be achieved when partners pull together and do their upmost to make a positive difference.

“I am really delighted for Katie, too. Our apprentices are the future of Lindum and the future of the construction industry in general. It’s so important that we nurture their enthusiasm and hard work, and she should be really proud of herself too.

“It’s a great way to start her career.”

The event at the Hilton was hosted by former RAF Fighter Pilot and Executive Officer of the world-famous Red Arrows, Dan Lowe alongside retired English Rugby Union and Leicester Tigers player, Leon Lloyd.

During the evening, more than £2,000 was raised for the Lincolnshire and Nottinghamshire Air Ambulance.

Lindum Homes is delighted to welcome Bricklayer Scott Evans as a permanent member of its team after he successfully completed a three year apprenticeship with Lindum Group. Scott finished his course and gained an NVQ at the end of June and is now working full-time at The Paddocks, Lindum Homes’ development in the village of […]

An industrial park which was built by Lindum for national developer St Modwen has won a regional award. St Modwen Park, Lincoln, was named Best Large Commercial Project in the East Midlands round of the LABC Building Excellence Awards today (August 27th). Lindum is currently working on Phase Two of the development having successfully finished […]

Three Lindum construction projects are in the running for success at the annual LABC Building Excellence Awards. A primary school extension, a shelter for homeless people and a large commercial building have all made the shortlist for the regional competition. The LABC awards are the largest business to business awards in the building control sector, […]

Two Lindum site managers and a major construction project were praised during an annual awards ceremony run by a Lincolnshire council. Malcolm Cousins was named Construction Professional of the Year at the North Kesteven District Council Building Excellence Awards. He was praised for his meticulous work on the first phase of St Modwen Park Lincoln […]