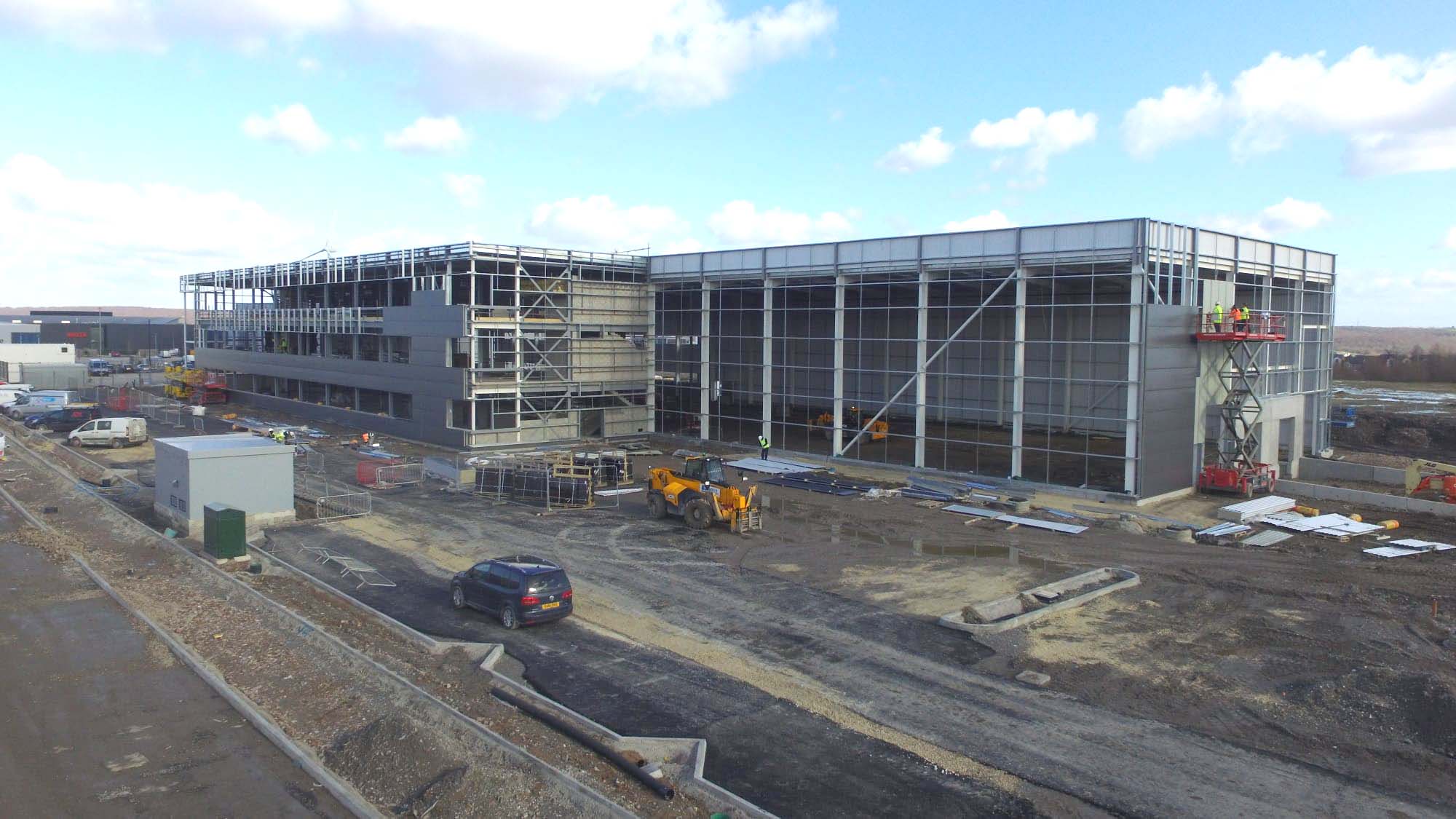 We have used recycled aggregate during in the groundworks and we are working with some good local subcontractors, both of which bring additional benefits to the local area.
Ben Marris | Site Manager
Lindum Group

A purpose-built factory which will produce high-end sportswear for top-flight athletes is taking shape in South Yorkshire.

Cladding on the 100,000sq ft building is almost complete at the Advanced Manufacturing Park (AMP) in Rotherham.

Once finished, it will become home to SBD Apparel, which manufactures premium performance clothing worn by elite strength and fitness athletes across the world.

Lindum York is building the unit on behalf of regeneration company Harworth Group, which owns the manufacturing park. It is expected to create more than 200 jobs when fully operational.

Construction work is due to be finished in summer 2022 and Lindum site manager Ben Marris said it was going very well.

“We have almost completed the cladding envelope and are on with the fit out of the office area and staircase. We are also carrying out landscaping around the site.

“We have used recycled aggregate during the groundworks and we are working with some good local subcontractors, both of which bring additional benefits to the local area.

“This is actually the first time Lindum has worked with Harworth Group and we hope the strong foundations we are laying will lead to more opportunities for collaboration in future.”

The finished building will include 52,500 sq ft of production floor space and 30,000 sq ft of offices over three floors, plus warehousing, car parking and land for expansion.

SBD Apparel is investing £9.38m in land acquisition, development and final fit out costs, allowing it to bring its five existing buildings together on one single site, whilst quadrupling its floor space.

Its plans also include purchase of additional space at the new premises to pave the way for the business to expand in a second phase, allowing extension to the rear of the building to add a further 70,000 sq ft unit, which would double its capacity. 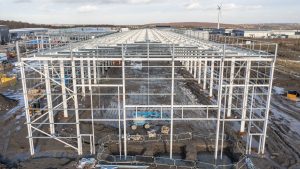 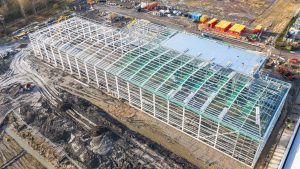 Benjamin Banks, Managing Director of SBD Apparel, previously said: “The new premises are needed so we can expand our production output and take advantage of the market demand which will see our company grow significantly in the future. With the new premises, we will be able to extend our product range and to launch our brand in new countries, where we plan to increase our local distributors from 42 to 70 countries. It will also give us the production capacity to progress with developing creative new prototypes and bring exciting new products to market.

“Another great benefit of these premises is that we will be able to expand to meet our future growth aspirations, so we won’t have to move again.”

The Advanced Manufacturing Park is part of the 740-acre Waverley scheme, which is Harworth’s flagship development on the former Orgreave coal mining site.

It is home to some of the world’s biggest manufacturers including Rolls Royce, Boeing and McLaren Automotive. Technology developed at the AMP is already being utilised in leading edge projects including Formula One, the military and commercial aircraft.

SBD Apparel was awarded a £1.5m Business Investment Fund grant from the Sheffield City Region (SCR) to enable the expansion.

James Muir, Sheffield City Region Local Enterprise Partnership (LEP) Chairman, said: “The new premises will give a massive boost not only to the company but also to the local economy. Without the BIF funding the project would have been unable to proceed, so it is fantastic news for SBD Apparel and for job creation in this region.”