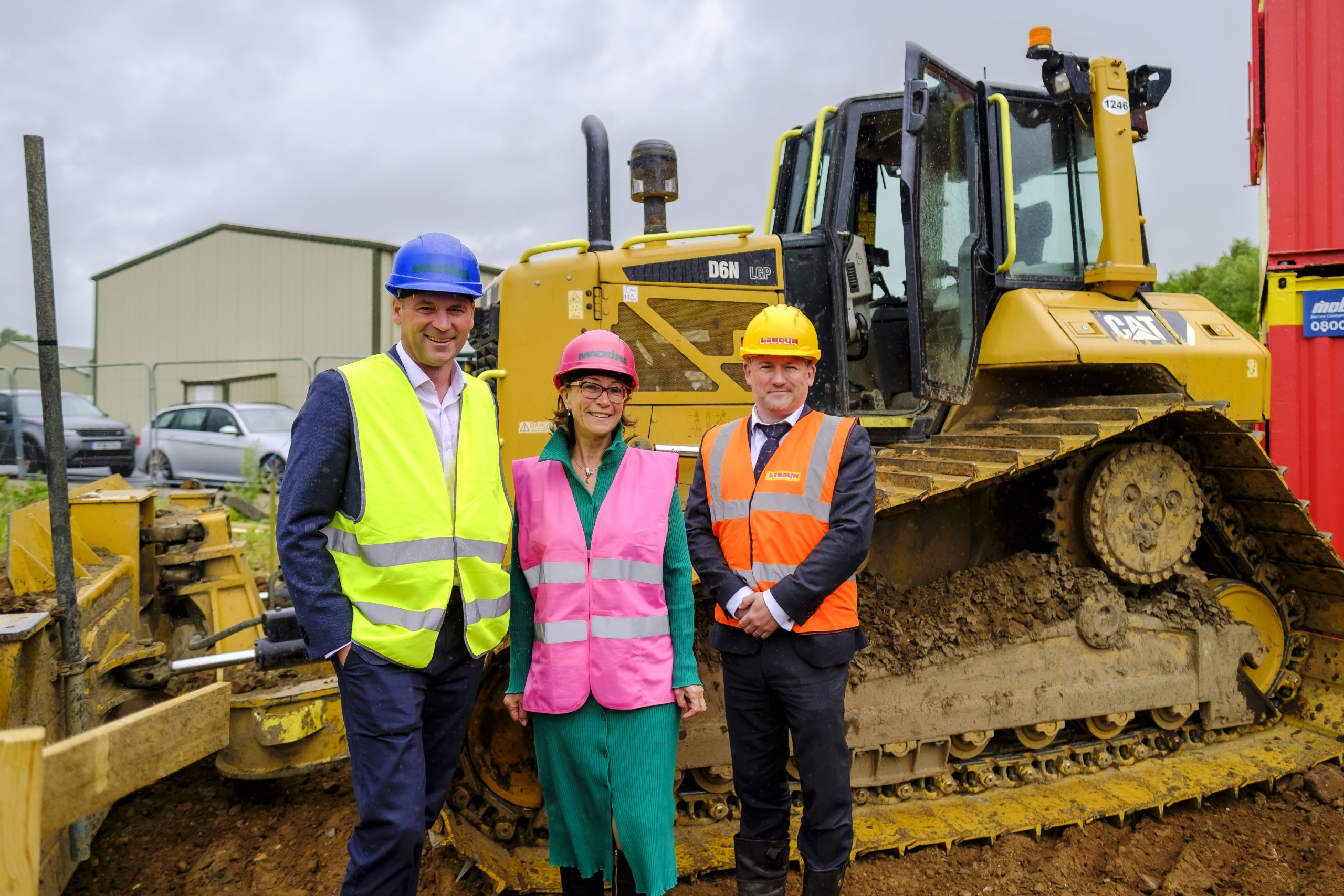 Sustainability is key for Madeira and among the proposals Lindum’s team put forward was a earthworks package which avoided any waste leaving the site...We developed a ‘cut and fill’ model, which allowed us to level the ground using the existing soil and aggregate while also saving the client money.
James Nellist | Managing Director
Lindum York

Work to build a new warehouse and offices for an international embroidery company has begun in Ripon, North Yorkshire.

The Madeira Group, a third generation, family-owned business, is expanding its UK base at the Barker Business Park, Melmerby.

It is investing in a new build premises for its 26 UK-based employees, who store and distribute custom made threads and embroidery equipment.

The company appointed York-based construction business Lindum to carry out the work, which includes a ground floor warehouse of 2,327 sqm and a first-floor office suite of 452 sqm.

Madeira MD, Karen Burrows said sustainability was critical for Madeira, so it was important the project meets BREEAM standards for best practice in sustainable building design, construction, and operation.

“The new premises is just around the corner from our existing building, so no additional travel is required for staff,” she said.

“Our warehouse team in particular is looking forward to and will benefit greatly from the additional space which will enable them to streamline processes.

“The new premises will offer dedicated space for the Madeira Training Courses and everyone working at Madeira is excited for the move.”

Madeira’s Ripon-based team are among 400 employees around the world. The company has subsidiaries in Europe, the USA and Asia.

Its threads are used by commercial brands from mass production to Haute Couture and individual creation, on everything from sports to fashion, homewares to church adornments and are standard for branding, uniforms, corporate logos, and promotional items.

Lindum York was appointed after a competitive tender process. Ground works have now begun on site and the building’s foundations have been installed.

MD James Nellist said: “We were recommended to the team at Madeira by the owners of Barker Business Park and our previous client Hemingways, for which we built a new warehouse and head office there in 2019.

“After winning the tender, we worked with Madeira to develop its initial plans and come up with a final design which met their requirements.

“Sustainability is key for Madeira and among the proposals Lindum’s team put forward was a earthworks package which avoided any waste leaving the site.

“We developed a ‘cut and fill’ model, which allowed us to level the ground using the existing soil and aggregate while also saving the client money.

“So far, construction is going well. The foundations are in, and the building will now begin coming out of the ground.”  The building is expected to be complete by early 2023″