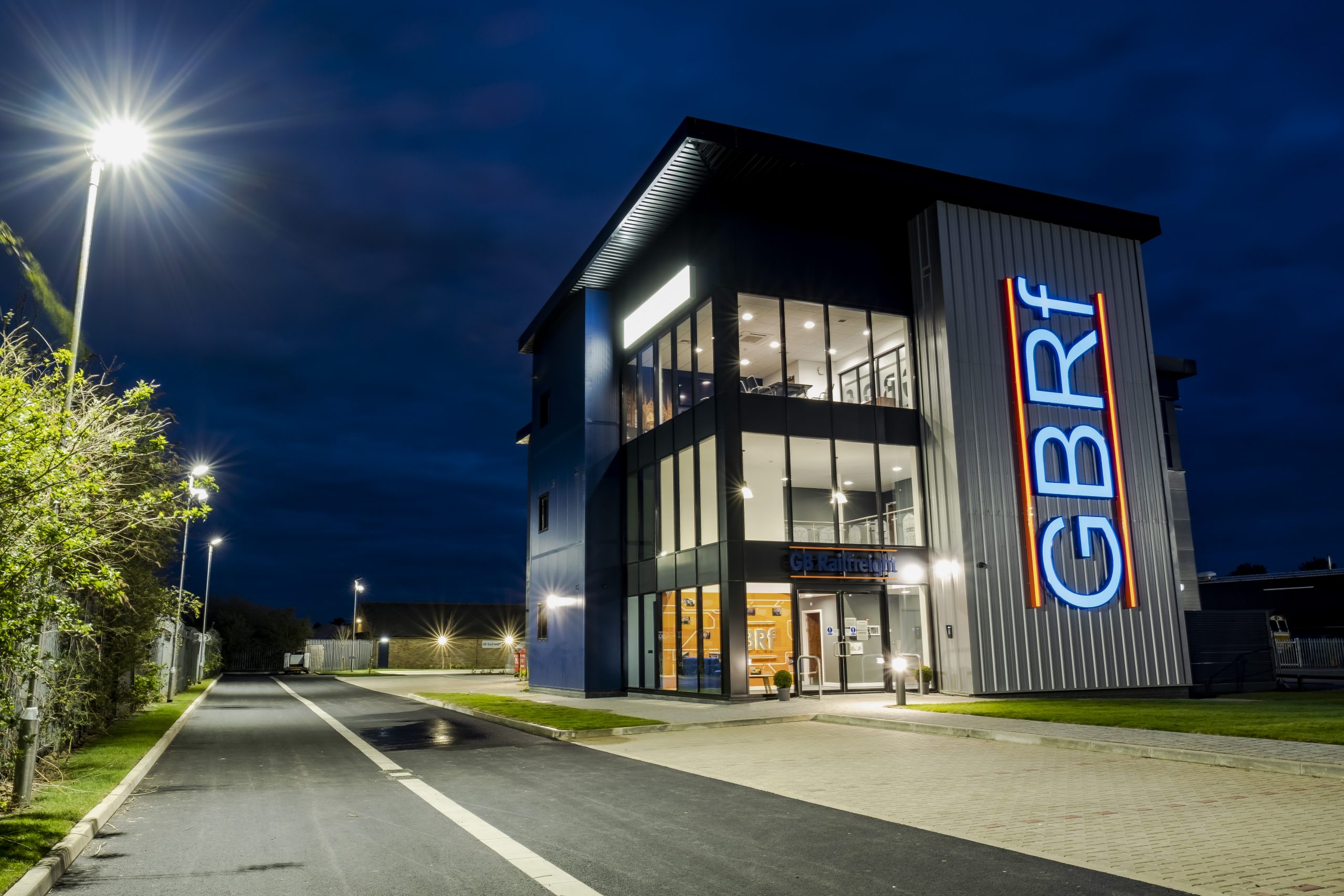 I would like to thank Lindum for completing an outstanding job. The success of the project relies on the practical, hands-on approach taken from concept to completion, and we are delighted with the result of this partnership.
John Smith | Managing Director
GB Railfreight

A new three-storey operational and training facility for a leading rail company in Peterborough has been officially opened.

The £3.6 million building in Maskew Avenue includes a new control room, three classrooms, a board room and staff welfare facilities for GB Railfreight.

It replaces a temporary office building and will allow GB Railfreight to expand its operations while bringing together a variety of teams under one roof.

The new building, along with parking spaces and bike stores, has taken 10 months to construct and was completed despite the impact of the Covid-19 pandemic. 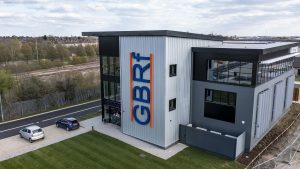 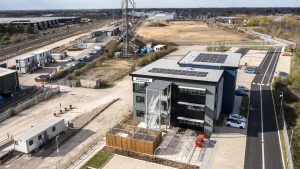 Founded in 1999 and headquartered in London, GB Railfreight is the third largest rail freight operator in the UK, with a turnover expected to exceed £225 million in 2021. GB Railfreight is one of the fastest growing companies in the railway sector and transports goods for a wide range of customers.

John Smith, Managing Director of GB Railfreight, said: “On behalf of GBRf, I would like to thank the construction company Lindum for completing an outstanding job. The success of the project relies on the practical, hands-on approach taken from concept to completion, and the company is delighted with the result of this partnership.

“Our partnership with Lindum has seen the works happen on time and within budget – no mean feat considering what a challenging year 2020 was for the UK and the whole world. Now we look to put that disruption behind us, and kickstart a new phase for the business.”

Lindum handed over keys to the eye-catching new structure earlier this month and director Darren King said he was delighted with the final result.

“This has been a fantastic project to be involved in. The building is just a few miles from our Peterborough office, so we are particularly happy to see the site being regenerated in this way.
“Work began just before the Covid outbreak so we had to introduce strict hygiene rules and extra safety measures on site to ensure the impact of the virus was kept to a minimum.
“It is great to see a company like GB Railfreight reaffirming its commitment to Peterborough and we’ve enjoyed working with such a forward-thinking and ambitious client.” 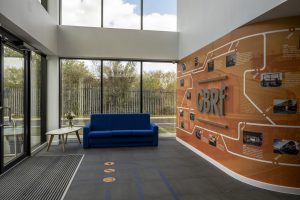 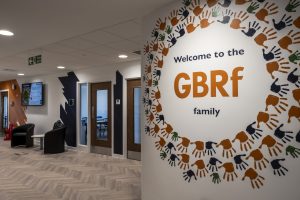 Lindum was awarded the contract to construct the building following competitive tender, but was actually involved in the early stages of the project too.

Under a separate contract, Lindum helped GB Railfreight to develop the design and assisted with the planning application process.

Darren added: “During the pre-construction phase we worked closely with GB Railfreight to identify money-saving ‘value engineering’ proposals. This resulted in a 10 per cent reduction in the cost of the building and demonstrates the benefit of having a construction expert involved in the design stage.”

During construction, the project team planted a time capsule under the foundations. This included newspapers, project drawings, team photographs and even a CD of current chart hits. 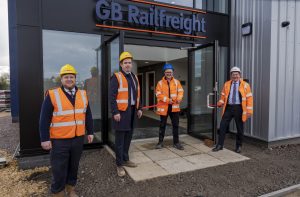 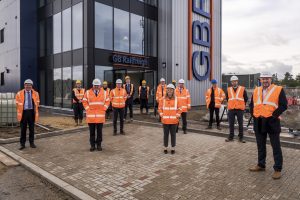 The building site was also used by local firefighters, who used the empty, partly demolished buildings for training exercises.

A new incubator hub for creative and tech businesses is set to open in Yorkshire following five months of construction work by Lindum. The Harrogate Co-Lab will officially open next month after a £500,000 scheme to refurbish old Borough Council offices at Springfield House, inside the town’s Convention Centre. The work was completed by Lindum […]