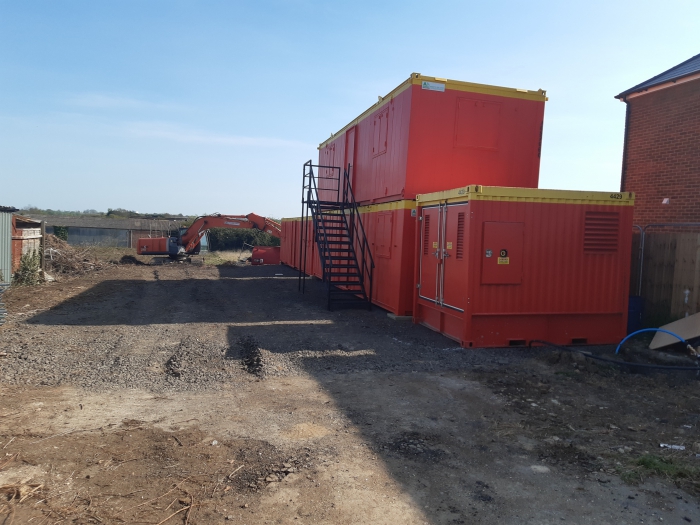 Lindum has been appointed to build 27 new affordable family homes in the Cambridgeshire village of Little Downham, near Ely.

The houses will be a mix of private sale, shared ownership and affordable rent and will include two, three and four-bedroom properties.

Lindum is building the development on behalf of local housing association Accent Housing and is now on site clearing the area. The work is being carried out in line with the company’s new, strict social distancing and hygiene policies.

“Providing affordable homes in this area is extremely important” she said.  “The average house costs around £350k to buy, a price tag which is sadly out of the reach for many local families.”

Lindum Commercial Manager Steve Angus said: “We are pleased Lindum has a solid relationship with Accent. We have worked together before on a similar site which proved to be a very successful project for everyone involved.

“Following on from that work, we have been working closely with Accent to develop the design and submit the necessary planning applications before being awarded the contract to build the new homes in December.

“We will use our own operatives, but we will also be working with suppliers and subcontractors in the local area, so it’s great news for local business. We are expecting to be on site until early summer 2021.”

Accent has more developments planned for East Cambridgeshire and neighbouring Huntingdonshire as part of the expansion of its new development programme to build around 500 homes each year to tackle the national housing crisis.

The new homes have been part-funded by Homes England as part of the Government’s plans to provide more affordable housing for people in housing need. A number of the homes for rent and shared ownership will be offered to residents with a local connection in partnership with East Cambridgeshire District Council.