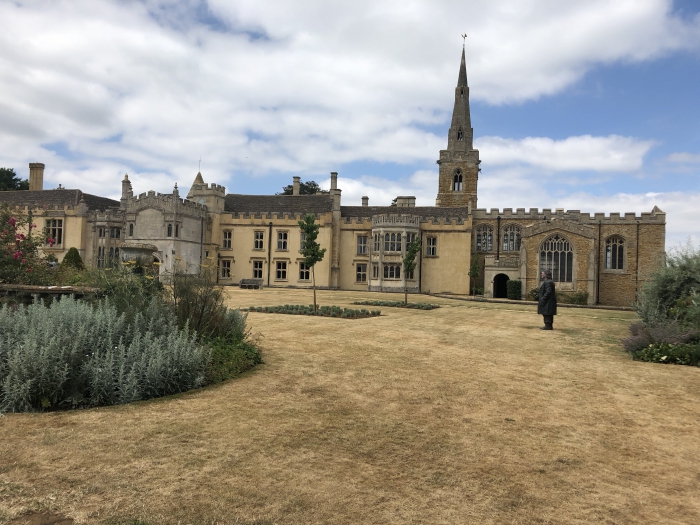 The grand opening of a new world class opera house saw the unveiling of Lindum’s largest ever joinery commission.

Towering, bespoke barn doors and specialist, sound proof fire doors have been installed at a new theatre in the grounds of the 17th Century Nevill Holt estate in Leicestershire.

It followed earlier work, which saw Lindum’s team of skilled craftsmen create bespoke window frames and shutters, along with handrails and balcony nosing.

All the work was completed at Lindum Joinery’s North Hykeham workshop and was unveiled to the public on June 14th, when the theatre opened with Mozart’s Le Nozze di Figaro.

Since it was set up in 2013, the opera has run from a temporary tent-like structure within the Grade II* listed stable yard.

Now, the tarpaulin has been replaced by a 400-seat theatre, which sits inside the courtyard and flush with the stable-block, meaning that it’s invisible from the exterior.

Joinery estimator Iain McDermid said his team had been working on the contract for a year.

“This has been a great project to be involved in. It is exactly the kind of bespoke work that we specialise in,” he said.

“We are delighted with the final product and would relish the opportunity to work on a similar project in the future.”

The new theatre has taken three years to complete and has involved scores of models, hundreds of drawings and countless samples.

David Ross, Chairman of the David Ross Foundation, said: “Nevill Holt Opera has a clear mission to enrich lives, and empower young people, through the power of music and the arts. I’m delighted that the design team have created a theatre so sensitively to its surroundings – it is invisible from the outside but a masterpiece on the inside.

“We are looking forward to welcoming people to perform and experience opera here in the new theatre for the inaugural season and many generations to come.”

Chris Watson, Director, Witherford Watson Mann comments: “The new theatre is an historic building reimagined. The process was like making an instrument for operatic performance. The architecture had to synthesise with the surroundings to make the instrument work perfectly.”

Experts in heritage joinery have been commissioned to create 42 replacement windows for an industrial building in Lincoln city centre. Lindum Joinery is crafting new timber frames for Siemens’ main Ruston Works site in Waterside South. It is part of work to transform redundant space into new offices, which will become home to employees moving […]