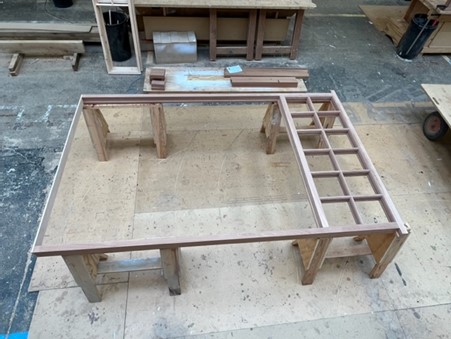 Lindum Joinery’s knowledge and expertise was very important. Having visited their workshop to understand the design and production process, a prototype window was made to ensure Stem Architects and the conservation officer were all involved in achieving the correct design and look for the building.
Chris Nicholson
The White Horse

Lindum Joinery is working with long time Lindum client PCN Property Ltd on the refurbishment of the historic Lincoln pub The White Horse.

The pub, formerly the Tap and Spile, needs 40 new windows, 14 of which will be internally opening hoppers, finished with antique brass ironmongery.

The client chose Lindum Joinery following a strong recommendation from a local conservation officer. They promoted the joinery team’s ability and success on the works at Sincil Street and, most recently, at the Barbican hotel window replacements.

Joinery has also secured internal lobby works which will result in two fixed panes with lamb’s tongue moulding. These lobby doors, along with the window frames, will be made from sapele hardwood.

Lindum Joinery General Manager Ryan Calvert said: “We are very happy to be working with a well-known Group client, offering a bespoke service to help refurbish this historic pub, while maintaining its heritage.

“As well as working on this exciting project, we have also been able to introduce them to more Lindum divisions, strengthening our good relationship with the client and helping the Group as a whole.”

The BMS team are benefitting from Joinery securing this project as they have been contracted to fit the windows, after being introduced to the client by Joinery. 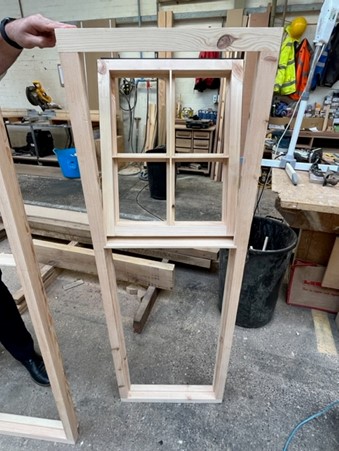 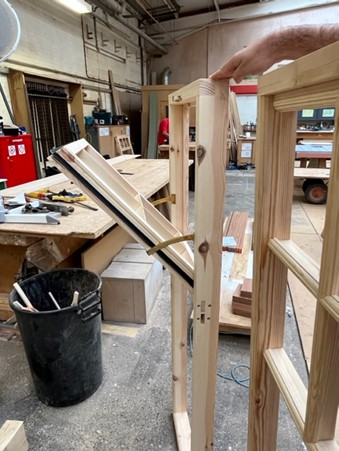 As the building is part of Lincoln’s conservation area, around half a kilometre from the cathedral on Hungate, plans and designs had to be approved by a conservation officer, as well as the client.

Chris Nicholson from The White Horse said: “Lindum Joinery’s knowledge and expertise was very important. Having visited their workshop to understand the design and production process, a prototype window was made to ensure Stem Architects and the conservation officer were all involved in achieving the correct design and look for the building.”

The pub was originally called The White Horse when it was open over 200 years ago and kept the name when it was rebuilt in the 1920s.

Joinery has already started work on the project and expect it to be finished in January.

Experts in heritage joinery have been commissioned to create 42 replacement windows for an industrial building in Lincoln city centre. Lindum Joinery is crafting new timber frames for Siemens’ main Ruston Works site in Waterside South. It is part of work to transform redundant space into new offices, which will become home to employees moving […]

The grand opening of a new world class opera house saw the unveiling of Lindum’s largest ever joinery commission. Towering, bespoke barn doors and specialist, sound proof fire doors have been installed at a new theatre in the grounds of the 17th Century Nevill Holt estate in Leicestershire. It followed earlier work, which saw Lindum’s […]