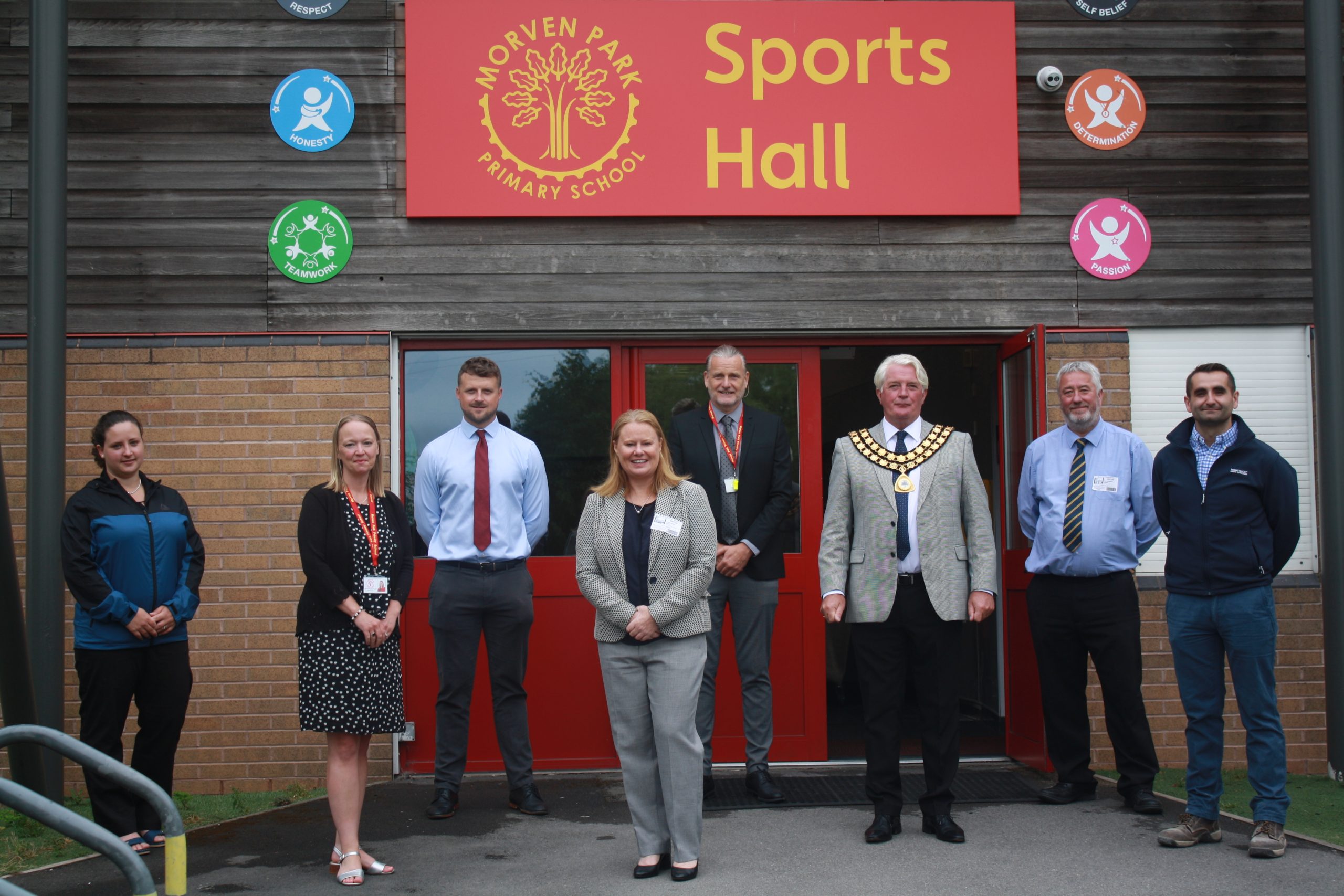 The events of the past weekend with the Danish footballer Christian Eriksen demonstrate how having a defib close by can save lives. It is fantastic that as part of our regeneration projects the school is benefitting from one of these life saving devices.
Cllr Arnie Hankin | Chairman
Ashfield District Council

Two life-saving defibrillators have been donated to a Nottinghamshire primary school by construction company Lindum Group.

The machines were handed over to Morven Park Primary School after Lindum was appointed to carry out two separate building projects in the school’s neighbourhood.

It comes less than a week after the importance of emergency medical care was thrust into the international spotlight when footballer Christian Eriksen suffered cardiac arrest and was resuscitated on the pitch during the European Football Championships.

Cllr Arnie Hankin, Chairman of Ashfield District Council, visited the school to see the defibrillators in place. He said: “The events of the past weekend with the Danish footballer Christian Eriksen demonstrate how having a defib close by can save lives. It is fantastic that as part of our regeneration projects the school is benefitting from one of these life saving devices.” 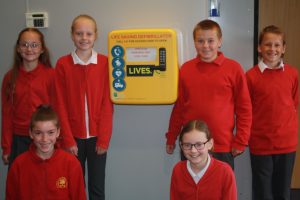 Lindum framework manager Matthew Jones said: “Lindum is carrying out construction work in the local area and as part of the contract, we agreed to donate two defibrillators, which have been fitted in the school’s reception area and in its sports hall. They were installed by our electrical contractor Selmec, which carried out the work free of charge.

“The donation was planned weeks ago and is part of the social value commitments we make when completing work through the Scape Regional Construction framework. However last weekend’s upsetting scenes at the Euros have brought the importance of emergency medical care into sharp focus.

“Defibrillators really can make the difference between life and death and the more communities which have access to one, the higher the chance that more people will survive those crucial moments after a cardiac arrest.

“Of course, we hope the defibrillators at Morven Park Primary School never have to be called into action. But for all those who use the school, including pupils, teachers and members of the wider community, we are pleased to know the equipment is there if needed.”

Lindum was appointed by Ashfield District Council to transform three vacant retail units in the pedestrian area on Lowmoor Road, Kirkby, into a new indoor market.

The contract was procured via the Scape Regional Construction framework and is being delivered through the government’s Towns and Future High Streets Funds.

An artist impression of the finished market

Cllr Matthew Relf, Cabinet Member for Place, Planning & Regeneration said “Our aim for the new market is to attract artisan food, creative and craft traders to sit alongside the café offering fresh barista made coffee.

“The Moor Market will provide an opportunity for traders who are looking to start their business, or established traders that are looking to expand in a friendly, distinctive space.”

Lindum was also appointed to carry out construction work five miles away from Kirkby in Ashfield, at the Government’s Coal Authority headquarters in Mansfield.

Here, Lindum undertook an office refurbishment, involving a full strip out of the existing building, improvements to the air conditioning system and complete redecoration.

Quantity Surveyor Darren Staples said the work was initially due to be done in phases but was completed sooner because of Covid.

“We had planned to work our way through the offices and work around their employees but one of the few benefits of Covid was that Coal Authority employees were working from home, meaning we could finish the refurbishment ahead of schedule,” he said.

“As part of the work, we offered to fit a defibrillator at the offices but they already had one installed. Instead, they suggested we approach Morven Park School to see if it was needed there.

“The school were really keen to receive it and we are delighted that it is now in place in the centre of such a busy community.”

Works to refurbish City of Lincoln Council’s Lincoln Crematorium are progressing well, with groundworks to the second chapel well underway. Refurbishment works at Lincoln Crematorium began in April 2021, and, when complete, will include: An upgrade to the back of house areas of the main Crematorium building, including the crematory and committal areas, and the […]

Work to create a digital business incubator hub in the centre of Harrogate will begin on Monday. (17th May) Lindum is to carry out a £500,000 refurb of two office floors for Harrogate Borough Council and Harrogate Convention Centre at Springfield House, which sits within the convention centre off The Kings Road. The finished building […]

Donation to preschool after new council homes are completed

Pupils at Heckington preschool have enjoyed playing with a new sandpit, toy box and bike store which were donated following construction of new council homes in their village. Lindum Group handed over the items after building four new flats on an old car park in High Street for North Kesteven District Council. The flats are […]

Transformation of ambulance station is complete

An iconic building in the heart of Stamford has been transformed into much-needed office space by Lindum. The £230,000 scheme has transformed the building in Elm Street to provide modern, open plan office space over two floors, with room for about 15 people. Lindum Group carried out the work on behalf of  South Kesteven District […]

Lindum has completed construction of five new affordable homes at Swift Gardens on behalf of City of Lincoln Council. Work on the two-bed, four-person family homes started at in February with the demolition of the old Markham House building. Now they are complete, they will be let by the council at an affordable price and […]

Lifeboat crews who patrol Lincolnshire’s east coast have received donations from a local construction company. Lindum Group handed over cheques to RNLI branches in Skegness and Mablethorpe after completing a string of building projects in the East Lindsey district. The money will be used to support the vital services the charity provides, including its world […]

Builders worked into the night and over weekends to transform a vacant poultry hatchery in Grantham into a physiotherapy treatment centre. Two construction teams from Lindum worked shifts between 7am to 11pm to get the unit ready for NHS patients. The project was part of a major effort by United Lincolnshire Hospitals NHS Trust to […]