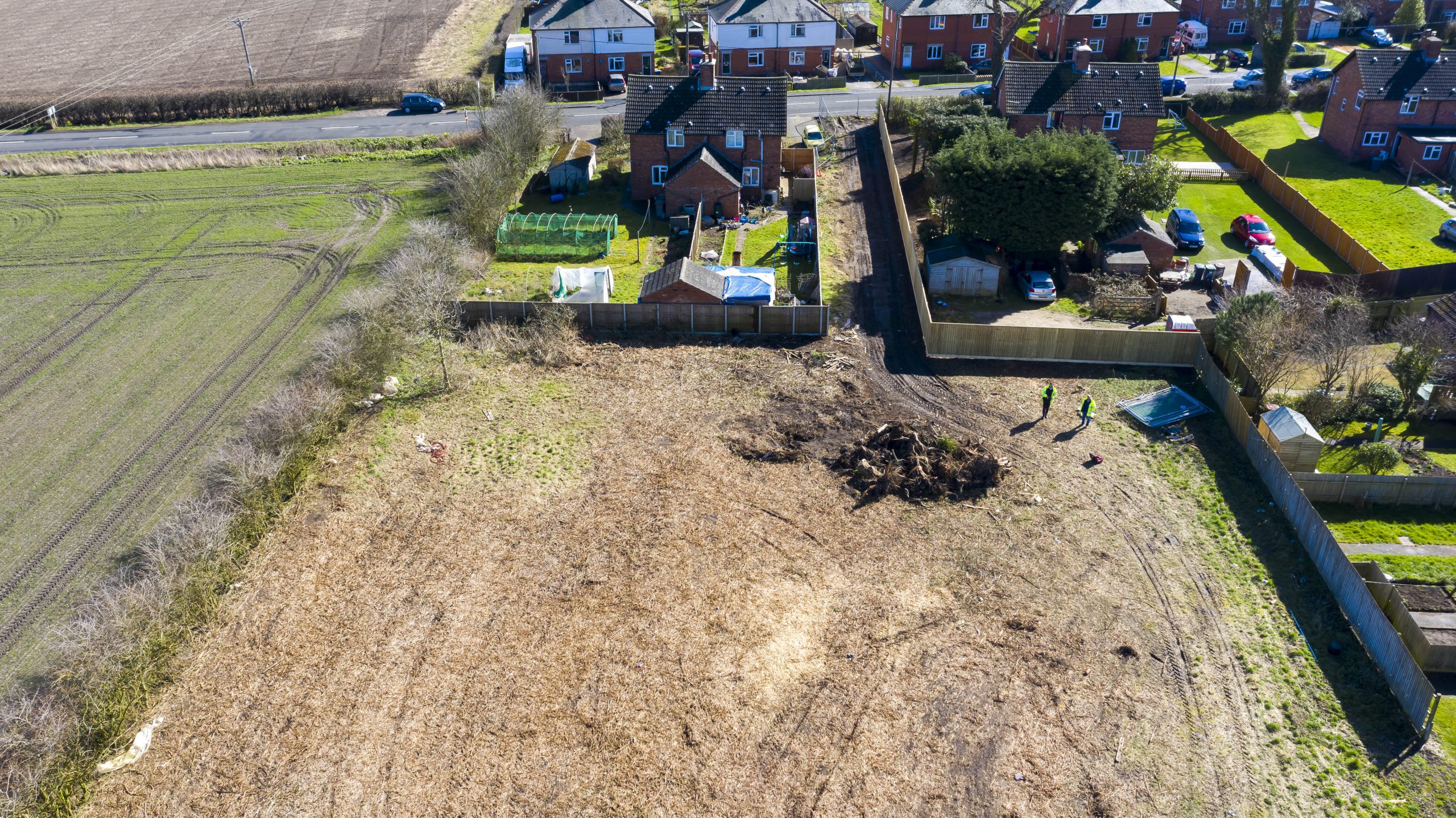 Work to build new super energy-efficient council houses in a village near Lincoln begins this week.

They will all be built to the internationally-recognised Passivhaus standard, which makes them cheaper and more environmentally friendly to live in.

The finished homes will have enhanced insulation, heat retention and draught proofing meaning their energy demands, fuel bills and maintenance are kept as low as possible. They are also warmer in winter and cooler in summer.

Work on the site off Moor Lane started today (Monday), when contractors began fencing off the site and preparing the ground.

During construction, great care will be taken over the quality of materials and insulation levels so the building envelope is extremely airtight. The homes are super insulated and highly draught-proofed and require very little heating over and above the passive heat from the environment, such as sun, in-house appliances and occupants.

The houses are fitted with Mechanical Ventilation Heat Recovery Systems which work by extracting air from ‘wet’ areas such as kitchens and bathrooms and, using a heat exchanger, takes the warmth from this air to heat fresh air which then gets delivered into the living areas.

The only requirement for conventional heating in these properties is a heated towel rail in the bathroom.

Construction will take around 44 weeks, which is nearly twice as long as a traditional build.

“They will not only be high quality and comfortable homes for their future occupants to live in and enjoy, but also demonstrate how building to such a detailed energy-saving standard has a wider, positive effect.”

Lindum site manager Richard Charles said he was really looking forward to getting started on the project.

“I’m really excited about this contract. It will be great to be involved in something that is so intricate and specialised.

“To prepare for the work, I’ve been on a training course to make sure my knowledge on Passivhaus standards is completely up to date. To help guarantee the quality of construction, we will be using plenty of directly-employed Lindum people on the job, although we will also work with specialist subcontractors and suppliers where needed.

“The project team at Lindum has completely bought into the Passivhaus concept and is enthusiastic about delivering these unique homes to a high standard.”

Although around 15 per cent more expensive to build, Passivhauses are significantly cheaper to run – generally requiring about 75 per cent less heating than standard-build and contributing to reduced carbon outputs.

Lindum has experience of meeting Passivhaus standards, having previously worked with the Council and other authorities to deliver similar schemes across the East Midlands. Its BMS division built the region’s first domestic new build properties to achieve the Passivhaus certification in 2013 for emh group at Hart Lea in Derbyshire.

Lindum has completed work on more than 40 new affordable homes near Grantham. The Spires development on Easthorpe Road in Great Gonerby has been handed over to Longhurst Group, which owns and manages more than 23,500 properties across the Midlands and East of England. In total, 46 affordable homes have been built and have been […]