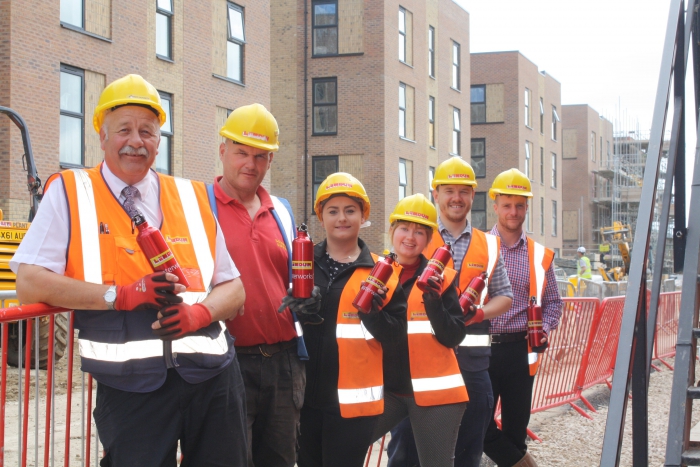 Construction workers will do their bit to tackle plastic pollution while they celebrate owning shares in a local building company.

Lindum Group is issuing all of its 665 employees with reusable, metal drinking bottles on Friday (June 28.) It is hoped the move will help staff stay hydrated while removing the need to use disposable, plastic bottles on site and in the offices.

The bottles will be handed out at Lindum bases in Lincoln, York and Peterborough on national Employee Ownership Day, which is held to celebrate the business and personal benefits of being employee-owned.

Lindum adopted this business model when it launched its share scheme in 1994. It was brought in as the business looked to foster a deeper level of ownership and interest among employees.

Director Freddie Chambers said: “We are pleased to be an employee-owned business, because our employees can buy into the company, which we hope means they will feel more involved.

“EO Day is an opportunity for us to celebrate this business model and to draw attention to its benefits among our employees – particularly for those who have yet to join our share schemes.

“The metal water bottles are adorned in Lindum’s red and yellow branding and feature the slogan “˜Waterworks’ – which is a play on the company’s logo “˜Teamworks’.

“The idea was suggested by a member of staff, who felt it would be an appropriate gesture as the UK heads towards the warmer months but as we also face an international plastic pollution crisis.”

According to research by national campaign group Refill, the average person in the UK will use 150 plastic water bottles every year while around the world, one million plastic bottles are bought every minute.

In the UK, it has been claimed that an estimated 15 million bottles are littered, landfilled or incinerated every day. This is believed to produce up to 233,000 tonnes of CO2 emissions a year.

Refill is a movement run by the City to Sea campaign, which is an award-winning organisation that works to stop marine plastic pollution at source.  It aims to have free water refill stations on every high street, and in every city.

It aims to make carrying a refillable bottle a social norm and works to encourage cafes, bars, restaurants, banks, galleries, museums, and other businesses to register themselves as a water Refill Station. Their location is then pinpointed for users to find via a mobile phone app.

At Lindum Waste Recycling in Saxilby, near Lincoln, around 100 tonnes of plastic is diverted from landfill each year. Everything from garden furniture to children’s toys is handpicked picked from the skips, compacted into bales and sent off to be reused or turned into fuel.